Company showcases innovations it has tapped to transform its newsrooms

From the automated transcription of voice recordings, to the creation of a platform for combating fake news, to the use of sentiment analysis to predict if a news story will go viral, Singapore Press Holdings (SPH) has tapped various tech innovations to transform its newsrooms.

At the inaugural SPH Tech Day yesterday where these innovations were presented, SPH chief executive Ng Yat Chung said that they are indicative of how the company is well on its way to "transforming ourselves from a newspaper company into a leading media organisation in the digital age".

"We must continue to innovate, to have new capabilities, new skills and new mindsets, in order to stay competitive in this industry."

The event at the News Centre auditorium involved a full-day conference where tech industry players, including executives from e-commerce platform Lazada and ride-sharing platforms Grab and Gojek, and the Government Technology Agency of Singapore, spoke.

Booths showcasing innovations were also part of the programme.

Artificial intelligence (AI) was a hot topic, with various speakers discussing how the use of data and machine learning can play a part in enhancing their businesses.

SPH's head of media strategy and analytics Fiona Chan shared that sentiment analysis could be used by the company to predict if a specific news story would be well read.

Sentiment analysis refers to the process of determining the emotional tone behind words. 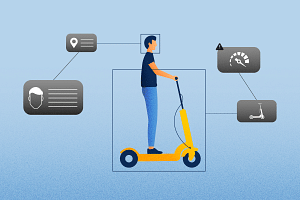 Staff planning to quit? System in Singapore can tell

The news stories displayed on the home page will look different from one reader to the next, depending on their click preferences.

AI is being used in several tech products developed in-house for journalists at SPH, including an automated transcription service - which transcribes voice recordings into text - as well as something known as robo-journalism, which is designed to help business news reporters interpret stock graphs into text.

To better service readers, SPH has also undertaken a project to help combat fake news by working on an online platform, known as Fake News Guard.

Currently in the proof-of-concept stage, the platform relies on data and machine learning to link news topics with published newspaper articles, so that users can be better informed about the veracity of the information.

It will start by linking users to Straits Times articles, but stories from other sources could be incorporated in future.

Fake News Guard was a concept borne out of the Open Innovation Platform, a virtual crowdsourcing initiative by the Infocomm Media Development Authority (IMDA) that matches "problem owners" with an open pool of "problem solvers".

Problem owners are those who have business challenges they need resolving, while problem solvers try to come up with digital solutions. Every challenge is accompanied by prize money.

In this case, SPH had been a "problem owner" when it launched a call late last year for solution providers to help the public better assess the veracity of English-language online text language.

A total of 12 concepts from Singapore and beyond were submitted in response to the call, with Fake News Guard, developed by London-based data engineer Mattia Spinelli, standing out.

SPH chief technology officer Glen Gary Francis said: "We need something that is relevant, has a robust-enough algorithm, and that is also scalable. This one had all of these things."