NEW YORK • Golfer Tiger Woods pocketed US$2.07 million (S$2.84 million) when he won his 15th Major at the Masters in April, while men's tennis world No. 1 Novak Djokovic pocketed US$2.9 million for winning Wimbledon earlier this month.

A 16-year-old teenager from Pennsylvania has bettered both sporting greats after taking home a US$3 million cheque on win-ning the Fortnite World Cup Finals e-sports tournament on Sunday.

American Kyle "Bugha" Giersdorf took the lead in the first of six games and never looked back at the Arthur Ashe Stadium in New York, scoring almost double the points of his closest opponent (59 to 33) in the 100-strong solo category.

Fellow Americans "Psalm" (US$1.8 million), "Epikwhale" (US$1.2 million) and "Kreo" (US$1.05 million) were second, third and fourth, respectively, while "Nyhrox" and "aqua" became the first Fortnite world champions in the duo division, winning US$1.5 million each.

No Singaporean made the final in either category.

"Words can't even explain it. I am just so happy," Kyle said in an interview at the event. "Everything I have done, the grind, it has all paid off. It is just insane."

His best friend Colin Bradley told Agence France-Presse after the final: "This morning, he was worriless, energetic, having fun to make sure he wasn't stressed at all."

"He is one of the smartest players. He knows when to attack, when not to attack, to stay (on) high ground. He is a strategic player."

Kyle's aunt Dawn Seiders added: "A lot of people think it is just a game, but he is practising, dedicated, determined.

"I think he is the definition of a professional."

In the game, users are dropped onto an island where they must search for weapons and other resources while eliminating other players - all while trying to stay alive.

Having a high position is often a decisive advantage, especially in the closing stages of the game, making it easier to shoot other players.

A sense of placement, a talent for building, brilliance in close combat and rock solid self-control - Kyle had it all in the final. 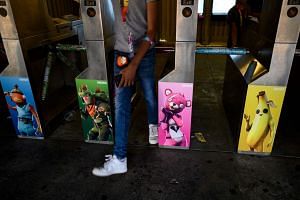 In Pictures: US teen bags US$3 million as Fortnite World Cup champion

More than 250 million people have played Fortnite since it launched two years ago, generating US$2.4 billion in revenue last year.

Epic Games - Fortnite's creators - have spent a whopping US$100 million on the inaugural event, including staging 10 weeks of qualifying rounds culminating in last weekend's tournament.

The US$30 million three-day tournament is the biggest e-sports tournament by far, with every competitor guaranteed at least a US$50,000 pay day.

That is, until The International 9, the largest Dota 2 tournament of the year. The prize money is almost US$31 million, and is expected to go up with a crowdfunding drive leading up to the competition's grand final on Aug 25.

Sixteen-year-old Kyle represents the average age of a competitor at the Fortnite event, while others, including fifth-place finalist Thiago "King" Lapp from Argentina, were as young as 13.

Kyle's social media accounts, including YouTube and Twitter, have grown exponentially in followers after his win. He is signed to Sentinels, an e-sports organisation based out of Los Angeles.

But success has its drawbacks.

"Bugha's phone and social media accounts have been compromised. We are aware of the situation and are working to regain control," the Sentinels management tweeted from Kyle's account yesterday.

With his burgeoning popularity and massive pay cheque, the world is at Kyle's feet.

But the teenager's immediate wants are simple.

He told the BBC that he wants to save most of his prize, and added: "All I want is a new desk, and maybe a desk for my trophy."