LOS ANGELES • Maria Sharapova's multimillion-dollar business empire has been plunged into turmoil as sponsors began severing ties with the former tennis world No. 1 yesterday, a day after she admitted failing a drug test.

The 28-year-old Russian tested positive for meldonium, a drug used to treat chest pain and heart attacks, among other conditions, at January's Australian Open.

But some researchers have linked it to increased athletic performance and endurance, and it was added to the World Anti-Doping Agency's banned list on Jan 1. 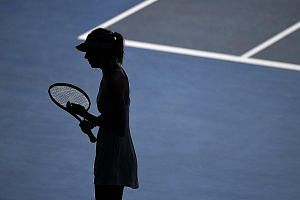 Sharapova said her family doctor had been giving her meldonium, which is also called mildronate, for 10 years after she often fell ill, posted irregular electrocardiogram results, suffered magnesium deficiency and had a family history of diabetes.

The five-time Grand Slam champion and the highest-paid woman in sport will be provisionally suspended starting on Saturday, the International Tennis Federation (ITF) said. 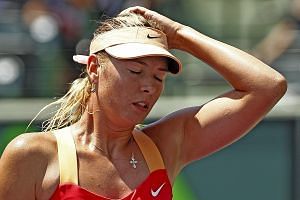 Sharapova case shows why anti-doping fight must be better funded

"I made a huge mistake. I let my fans down and I let the sport down," Sharapova, whose fortune is estimated at US$200 million (S$277 million), told a news conference. "I take full responsibility for it. I know that with this, I face consequences and I don't want to end my career this way. I really hope that I will be given another chance to play this game."

The ITF's anti-doping programme calls for a four-year ban for a positive test, but that can be reduced in various circumstances, such as for first-time offences or if one shows no significant fault or negligence. If a player bears no fault or negligence, there is no suspension.

Sharapova, who according to Forbes earned US$29.5 million last year, mostly from endorsements, has long been a favourite with sponsors. But three of them - Nike, TAG Heuer and Porsche - swiftly distanced themselves from her following news that she was the biggest name in sport to test positive since New York Yankees baseball slugger Alex Rodriguez was banned for a year in 2013.

Nike, with whom Sharapova signed an eight-year, US$70 million deal in 2010, announced it was suspending ties during the investigation. TAG Heuer confirmed it would not be renewing its marketing contract with her, while luxury carmaker Porsche suspended her as its brand ambassador.

Mr Steve Simon, chief executive of the Women's Tennis Association, said: "Maria is a leader and I have always known her to be a woman of great integrity. Nevertheless, as Maria acknowledged, it is every player's responsibility to know what they put in their body and to know if it is permissible."