LONDON (Reuters) - A lengthy ban for doping would be devastating for five-times grand slam champion Maria Sharapova but she would survive it, Nick Bollettieri, the man who discovered her, said on Tuesday (March 8).

Sharapova, 28, rocked the sporting world on Monday when she announced that she had tested positive for the banned substance meldonium at this year's Australian Open after failing to read an email saying it had been added to WADA's prohibited list.

She will be provisionally suspended from playing tennis on March 12 and could be hit with a four-year ban.

"I think it would be devastating if they didn't allow her to come back," Bollettieri, who spotted Russian Sharapova's potential when she arrived in Florida with her father in 1994, told Sky Sports.

"It's up to the testing people. But I don't think she should be banned for life because of this. I think Maria will find a way to survive what is happening to her." 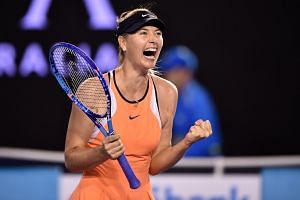 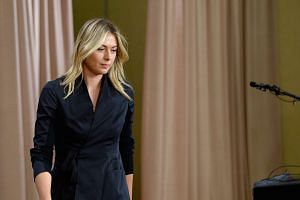 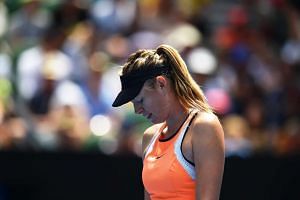 Former world number one Sharapova, who won Wimbledon as a 17-year-old, told a news conference on Monday that she had made a "huge mistake", saying that she had been taking the drug for 10 years to combat health problems.

Meldonium was only added to the World Anti-Doping Agency's banned list on Jan 1.

Bollettieri, who also nurtured the likes of Andre Agassi and Monica Seles at the academy he started in Bradenton, Florida and later sold to IMG, said Sharapova should not be judged too harshly.

"This will be devastating for Maria," he said. "She really has been an outstanding character on and off the court for all of these years.

"I'm not trying to say she's right or wrong, but she doesn't do discos, no drinking sprees, she has been an outstanding character on and off the court all these years.

"Maria's whole career has been one of dedication."