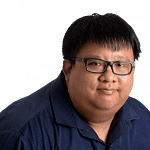 Singapore's hopes of winning a table tennis medal at the Sept 19-Oct 4 Incheon Asian Games were dealt a blow when key men's player Zhan Jian withdrew from the squad with an injured right elbow.

Other stalwarts are also nursing persistent injuries of their own. Women's singles hope Yu Mengyu is nursing a sprained waist, while top players Gao Ning and Feng Tianwei also have niggling pains to deal with, although they insist they can cope with the minor injuries.

Said Feng in Mandarin: "This year has been more hectic than usual. Besides the usual Tour events, we've also had to play in the World Team Championships, as well as the SEA Games, the Commonwealth Games and now the Asian Games. A few of us are carrying injuries which doctors say can only be completely cured by rest, but we want to push on for this final major tournament first."

New Singapore Table Tennis Association president Ellen Lee is also confident that her paddlers have a chance to repeat their 2010 Asiad showing, in which they won a women's team silver in Guangzhou.

However for Zhan, the reigning SEA Games men's singles champion and winner of two golds and one bronze at the Glasgow Commonwealth Games in July, the Incheon Asian Games is a tournament too far.

Said the 32-year-old: "I played through the Commonwealth Games with painkillers every day, but the injury got worse when I returned to Singapore.

"The doctors at the Singapore Sports Institute tried their best to heal the injury, but it wasn't sufficient enough for me to take to the courts again.

"Certainly it's disappointing, as I would have been making my Asian Games debut. Now I can only hope that I can maintain my playing level and commitment when the Games come around again in 2019."

His place in the men's team will be taken by veteran Yang Zi, subject to approval by the Singapore National Olympic Council.