How else can one explain why people camped out at Changi Airport as early as 10pm on Sunday, to catch Joseph Schooling's 5.45am arrival yesterday? Or why children were given permission to skip classes by their no-longer-kiasu parents who, for one day, dared to put Schooling ahead of schooling?

It was heartwarming to see the outpouring of affection for Singapore's Olympic gold medallist, and it wasn't confined to ordinary Singaporeans, too. 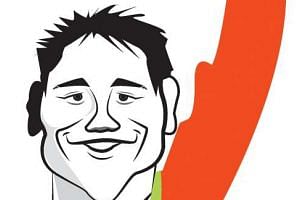 Lessons for Singapore from Schooling's win

The Singapore Government bestowed a great honour on the 21-year-old by formally recognising his Rio Olympic Games effort in Parliament. The House gave him and his parents a standing ovation.

Corporate Singapore has also been quick to congratulate the star athlete. From banks to transport companies and restaurants, everyone has been quick to forge a link with the champ. One eatery is offering a 50.39 per cent discount, an ode to Schooling's Olympic record time in the 100m butterfly. He has been given gifts ranging from air miles to restaurant vouchers.

While all these gestures to honour him are laudable, one cannot help but wonder why such enthusiasm for sport isn't always this forthcoming.

As has been well documented, Schooling's parents, Colin and May, spent close to $1.5 million of their money to send him to study and train in the United States so he could realise his Olympic dream. Their investment is not something most Singapore families can afford.

The Ministry of Culture, Community and Youth, which oversees sport, has a budget of $2 billion for financial year 2016, just a fraction of the $73.4 billion pie for the nation. With such limited funding for sport, Singapore athletes can always use more help.

Budding sportsmen have programmes such as the Singapore Olympic Foundation-Peter Lim Scholarship, which has a $10 million kitty. Could more corporates be persuaded to start similar programmes?

Among the 25 athletes who make up Singapore's Rio contingent, rower Saiyidah Aisyah and sailors Justin Liu and Denise Lim are among several who made it to Rio largely on their own dime.

Gearing up for the Olympics can be very costly; Liu and Lim slept in their car. Singapore athletes often spend over a year competing and training with top athletes overseas, as exposure at home is not enough. Will help come their way if they want to mount a challenge to qualify for the 2020 Tokyo Games?

Skateboarding, for example, is set to make its Olympic debut in 2020. There is a small group of talented skateboarders in Singapore. Some boast skills that make them among the best in Asia. Yet the sport does not even have an association to represent it here. Could a corporate come to their aid? Champion and nurture them?

All athletes have dreams. But these can't come true unless someone invests in these dreams. Perhaps a fitting way to celebrate Schooling would be by investing in would-be Schoolings.

Rio 2016 will also be remembered as the Games where Singapore nearly did not get to see the action live. Last-minute negotiations ensured that live coverage, but one wonders - if corporates are so keen to celebrate the magic of Olympic achievement now, why had it been so difficult to get sponsorship to broadcast the Games live?

While companies can play a bigger role in supporting Singapore's athletes, far simpler acts can also go a long way to show them that people care.

Among the Schooling fans I met at the airport yesterday was a nine-year-old softball-loving boy who said that the swimmer's perseverance inspires him to also win an Olympic medal.

While this boy's father - who had brought him to meet the champ - may be inclined to help him realise that dream, how many of us are as willing to allow our child to pursue sport seriously, like the Schoolings? And how many of us will go out of our way to support local athletes in competition, and not only when they return with a medal?

Everyone loves a winner - the average Singaporean, corporates, politicians, the media. But what will make victory sweeter is being able to say that you played a part in helping Singapore's athletes get there in the first place, rather than jumping in after they cross the finish line - in record-breaking time.

A version of this article appeared in the print edition of The Straits Times on August 16, 2016, with the headline 'Success sweeter if athletes are backed from the start'. Subscribe
Topics:
More
Whatsapp Linkedin FB Messenger Telegram Reddit WeChat Pinterest Print Purchase Article Copy permalink