They stood out in a sea of blue, their yellow tops and cheerful disposition bringing more than a ray of sunshine to The Straits Times Run.

The contingent from KLA-Tencor, an American semi-conductor systems firm, lit up the annual run in more ways than one: Their 522 members - comprising staff, their spouses and clients - made them the largest entry from a corporate partner in the run's six-year history.

This was the first time KLA-Tencor staff took part in the ST Run as a group and the company's country president Theo Kneepkens said: "Everybody is very happy. It's nice to finish at the stadium when the weather's getting hotter outside.

"It's a first-time experience for us and although it's not solely my decision, I am pretty sure we will be back next year."

The 2,300 corporate entrants - nearly a fifth of the 13,000 participants in total - who turned up yesterday reflected the event's continued strong support among businesses. 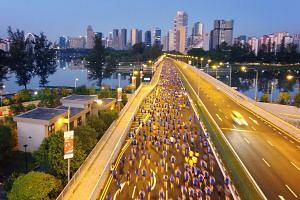 ST Run: A race for runners... and folk from all walks of life to enjoy

Samwoh's participation this year was not just limited to the run, which finished under the dome of the National Stadium.

Its employees also enrolled in the pre-race healthy cooking and yoga workshops, all of which were subsidised by the company.

"We want to promote a healthy lifestyle, and events like the ST Run are also a great opportunity to get the whole Samwoh family together," said Mr Soh, 50.

"I don't get to spend time with a lot of the staff on a regular basis and today many of them have actually been coming up to take photos with me. So for us the ST Run is a good event." 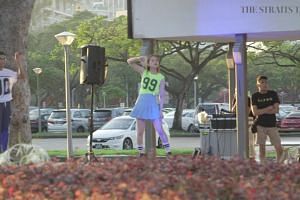 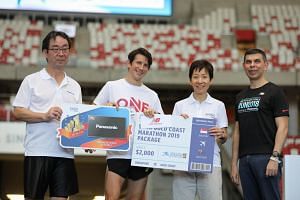 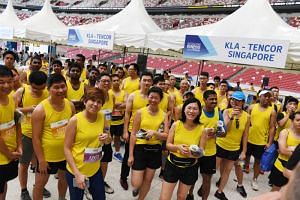 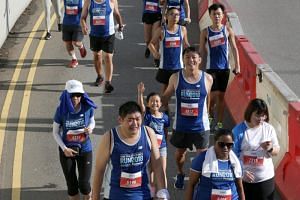 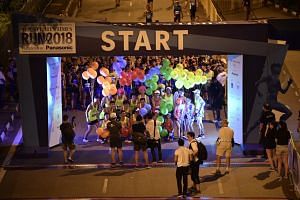 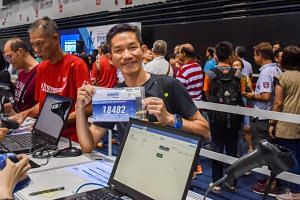