Pool of development, admin professionals to help raise standards of governance in NSAs

"We have a lot of passionate, committed, elected officials, but they may not be clued in to what is the expected standard of governance," he told The Straits Times during an update of the Vision 2030 national blueprint for sport.

"A lot of times, the errors (in governance) we've picked up are not deliberate. It's just a case of, 'Oh, I thought this could be done because this is how I run my business'.

"If you have a strong secretariat and technical leaders - your technical director, national coaches and so on - then the (elected) volunteers don't have to worry so much."

Governance in NSAs has come under scrutiny following the Singapore Taekwondo Federation's (STF) preliminary suspension by World Taekwondo (WT) in May. The STF has also been suspended by the Singapore National Olympic Council.

Other NSAs for athletics and floorball have also been hit by governance issues in recent years.

Toh, previously SportSG's chief of strategic development and marketing for over four years before assuming his current role in 2016, said the national agency wanted to nurture a pool of sport development and administration professionals. It already places such individuals in NSAs like the Singapore Badminton Association and Volleyball Association of Singapore.

But SportSG must also tread a "fine line" of not breaching rules of international sports federations (IFs) which often frown upon government interference in NSAs, noted Toh. "We must not cross the line of usurping the NSA's independence and their link with the IF," he said. "We respect that. But because there are also public resources invested... There's a partnership."

We have a lot of passionate, committed, elected officials, but they may not be clued in to what is the expected standard of governance.

SportSG funds more than 40 NSAs, which are registered as a society and charity, and therefore classified under the Code of Governance for Charities and Institutions of a Public Character. According to SportSG's 2017/18 annual report found online, grant expenses (noted as mainly pertaining to the disbursements made to the various NSAs) was about $63 million.

Besides conducting different degrees of audits, including surprise ones, SportSG reviews and helps NSAs improve their constitution. Toh said: "Some NSAs have been around for quite a long time, so they have interesting things in the constitution that may not meet today's standards of good governance." 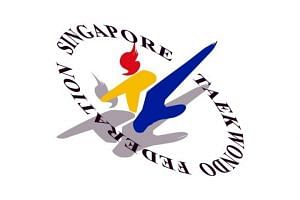 He cited an example of an NSA whose constitution assures an affiliate a seat on its management committee as long as it has a certain membership size.

He said the SSI had tweaked its carding framework to now be more "targeted" at "investing in and optimising the potential" of athletes. The change took effect on April 1.

The framework allocates financial support for athletes in areas like medical care, training assistance grants, and sports science, among others.

The former system had five tiers and was pegged to an athlete's level of achievement - world, continental, regional, national or just outside of national standard - but the new one has 12 groups within a matrix.

Toh said: "In the past, we looked at your past performance (and even) if we assess that you have the potential to be at a higher tier, you would remain in the lower tier until you prove your performance.

"Now, we are more subjective. We work with coaches, we look at trends... we card you the same as the athlete above you already because the idea is to give you the resources you need to make that step up."