SINGAPORE - The Olympic Council of Malaysia announced on Wednesday its shortlist of 34 sports for the 2017 SEA Games in Kuala Lumpur.

These will comprise 342 events for the Aug 19-31 Games to be hosted in the Malaysian capital.

Among the notable omissions from the list are bodybuilding, canoeing, fencing, judo and triathlon.

The various national sports associations in Malaysia have until the end of the month to appeal while the other 10 Southeast Asian countries can do so until June.

The Southeast Asian Games Federation will finalise the total number of sports in their council meeting on June 14.

At the 2015 Games held in Singapore, the host won a record 84 golds on home soil, of which canoeing and fencing contributed 10 gold medals. 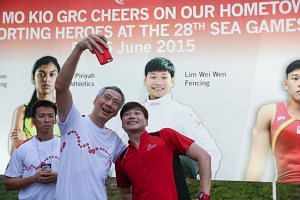