BERLIN (REUTERS) - World Athletics president Sebastian Coe on Wednesday (June 10) was nominated for membership to the International Olympic Committee pending proof he has stepped down from an active role in a consultancy firm, the IOC chief has said.

The Briton's membership is linked to the two-time Olympic champion's role as president of the federation and ends a five-year wait for one of the Games' most popular sports.

The athletics body has not had any representation within the IOC since the departure of Coe's predecessor Lamine Diack in 2015 amid a corruption scandal and subsequent trial.

The IOC had repeatedly snubbed the 63-year-old Coe, a federation vice-president under Diack and a British sporting great, saying there was potential conflict of interest with other posts he holds. 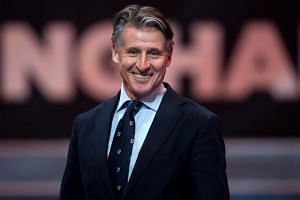 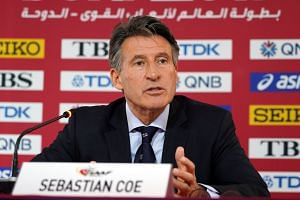 "Seb Coe has committed himself to changing his status within the company he is currently running as managing director to a passive position and the necessary documentation will be provided to the IOC ethics commission by the first of July," IOC president Thomas Bach told a virtual news conference.

Apart from his role at World Athletics, Coe, who won 1,500m gold in 1980 and 1984, is also group chairman of consultancy firm CSM, which also works with the IOC.

"Because the executive board has full confidence in our friend Seb Coe, they have decided to put the candidature forward subject to the delivery of such documentation with which the concerns of the ethics commission would be gone," Bach said.

For decades, membership of the IOC for the head athletics was almost automatic.