BRASILIA (AFP) - Preparations for the 2016 Olympic Games in Rio de Janeiro are ahead of schedule despite the economic slump in Brazil, the country's president Dilma Rousseff insisted on Tuesday (April 19).

"The Games are in a totally adequate situation, we're even a little ahead of schedule and more so than we had planned for," Rousseff told a press conference in Brasilia.

"We have been working hard to make this possible and today the infrastructure, the stadiums, the security system, the pools, sport facilities, all of it is there. 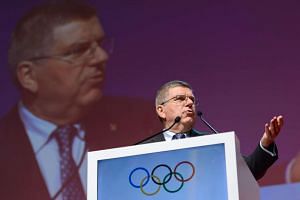 Olympics: Rio will be spectacular despite crisis, says IOC president

"The federal government has invested a great deal. 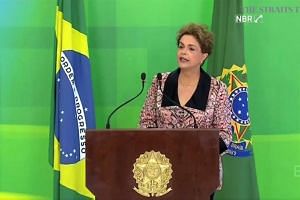 "We have been careful to ensure a heritage with the Rio authorities for schools, sports facilities and sports associations, and we have provided our athletes with a never before seen level of support.

"We have transformed Rio: I hope this will be a great Games for Brazilians and for everyone else."

Rousseff is under great pressure right now as she is accused of breaking the law by juggling government accounts to disguise the depth of budget shortfalls during her 2014 reelection.

Although she argues that this relatively technical accusation does not amount to an impeachable offence, it appears she may well be impeached when a vote goes before senate.