SINGAPORE - A costly reminder of how much a sports fan in Singapore has to fork out for a slice of the global action came last week, when it was revealed that the Rio Olympics will only be shown via delayed broadcast on television.

National broadcaster Mediacorp had failed to reach a deal with Olympics broadcast rights holder Dentsu for live showings of the sporting action during the Games which will be on from Aug 5 to 21.

It can air an event only after the entire session has concluded - although certain events, especially those featuring Team Singapore athletes, may be beamed minutes after they end. 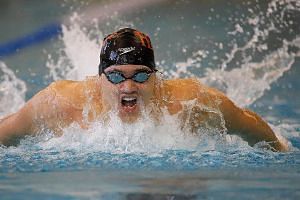 Football fans here will know the feeling of apparently being taken for a ride by rights holders.

Here's a look at sports broadcast rights sagas over the years in Singapore.

Mediacorp decided not to air the quadrennial Games live, citing high costs as one of the reasons.

The Media Development Authority and the then Singapore Sports Council came forward with extra funding. Live broadcasts from Melbourne started on free-to-air Mediacorp channels from the fourth day of competition.

It is not known how much the rights were then, but it is understood to have been about $260,000 for the 2014 edition in Glasgow, Scotland.

Singtel won the broadcast rights for the 2010 to 2013 seasons of the wildly-popular football competition, outbidding previous rights holder StarHub to the tune of a rumoured $400 million.

While this meant more subscribers for Singtel's mioTV platform, the bid amount - much higher than StarHub's previous bid of $250 million - reportedly set the tone for future discussions with rights holders, which noted that Singapore had deep pockets.

In 2013, Singtel announced that its standalone EPL packages would cost $59.90 per month, up from its previous Sports+ bundle of $34.90 monthly.

Singtel and StarHub, which submitted a joint bid, said world football governing body Fifa was asking for an "unreasonable amount" for the World Cup.

The subscription price of $94 was more than six times what was charged for the previous World Cup.

That same year, the Government implemented the cross-carriage rule as a result of costly exclusive broadcast deals having a negative impact on consumers.

Mediacorp paid about US$2.5 million (S$3.39 million) for the fees for the London edition. This excludes technical costs, which could exceed US$1 million.

Dentsu's asking price for the 2016 Rio Games is understood to be in the region of US$6 million, more than double the 2012 investment.

Fans of the popular seven-week Indian cricket tournament were shocked to discover it was not being shown in Singapore despite them subscribing to cable cricket packages.

Singtel blamed the rights holder for "prohibitive" costs, while StarHub relented amid criticism on social media and struck a deal to televise the matches after missing a few days of action.