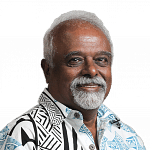 SINGAPORE - It is said that at the end of the 17th century, Scottish judge Lord Moncrieff suggested that women golfers should drive the ball no further than 70 or 80 yards.

His reasoning: "The posture and gestures required for a full swing are not particularly graceful when the player is clad in female dress."

The eminent judge should have been around today. And he would have changed his opinion if the organisers had invited him to the recent HSBC Women's World Championship at Sentosa Golf Club, where the world's leading golfers gave an exhibition of the beauty of poise and swing.

Women's golf nowadays is such a graceful, desirable, elegant and stylish sport that fans are attracted to their events for their high standard, appeal and charm.

The game has come thus far since women golfers wielded their clubs in 1552 when Mary Queen of Scots, the pioneer of ladies' golf, enjoyed this pastime.

And over the years, the barriers preventing women from playing the game have been falling; from removing prejudice against the ladies' game to allowing the fairer sex admission to reputed clubs, such as Augusta National, Pine Valley and Muirfield.

Still, statistics worldwide show that in many countries, women make up only about 25 per cent of the golf-playing population. The scenario in Singapore is no different as surveys show that of the 70,000 golfers here, about 18,000 are women.

The principal reason for that is that women have several roles to play - mother, homemaker and caregiver in addition to the many household chores that come with the other responsibilities.

And so, even the sporty types take to the game at a later stage in their lives when the children are old enough to fend for themselves and their household duties are lightened.

Jasbir Kaur is one of them. The septuagenarian was an avid sportswoman in her younger days, playing badminton, tennis, squash and every game her siblings played in the small towns in Malaysia.

The once-familiar face at Sembawang Country Club, whose best handicap index was 29, took up the game in her mid-40s and still plays the occasional social round with her "kakis".

The wife of popular retired Armed Forces personnel, Colonel Gurcharan Singh, now a course designer, said: "When the kids were young, I had to look into all their matters and I did not have time for golf. But once they were old enough, I joined my husband and friends like club player Kim Sagadeva at Sembawang."

For 20-handicapper Jessie Phua, the Singapore Bowling Federation president and a Singapore National Olympic Council vice-president, she said: "The heat and humidity in Singapore really put off women from playing golf. They fear the UV rays and find it tiring to complete 18 holes on any course".

More On This Topic
Golf: Top female players fired up for HSBC event in Singapore, first tournament in Asia in over a year
South-east Asians making waves in women's golf

To promote the women's game, the Singapore Golf Association is organising an International Women's Day Golf campaign this month.

It has also set up a social media activation for women golfers by asking them to post a video on Facebook or Instagram with an image of themselves hitting a shot/swing/putt/chip and explaining why they love golf. They have to include the hashtags #teamgolfsg #womensgolfday.

The SGA will collate the photographs from all flights and end off with a finale post to celebrate Women's Golf Day. Sixty other women will win lucky draw goodie bags from Titlesit/FJ in celebration of SGA's 60th anniversary in July.

TMCC lady captain Gillian Sim said: "To encourage more woman to play golf in Singapore, I would recommend more social golf events in country clubs. This is a great venue for ladies to meet up and share contacts.

"For career women, deals can be confirmed and relationships can be developed.

"When I was country manager for Singapore and Malaysia for a firm, I would bring my customers to play golf and got to know them better."

Dominic Wall, an R&A director, summed up: "The R&A sees the international Women's Golf Day as a great initiative to encourage participation and inclusiveness globally for women's golf.

"The Singapore Golf Association, Tanah Merah Country Club and Acushnet Golf are to be congratulated on their commitment to this initiative and their support for women's golf in Singapore."