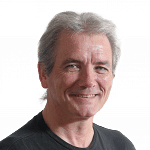 Formula One 2020 is officially go!

Following months of uncertainty since the cancellation of the Australian Grand Prix in March due to the Covid-19 pandemic, Liberty Media have finally announced an eight-race schedule of races, starting with the Austrian GP at the Red Bull Ring on July 5.

The precise formats of the race weekends have yet to be agreed, though all eight will run without spectators.

But one thing stands out amid the uncertainty: This is not going to be a typical world championship; development will be harder and the rapid-fire sequence of events might just destabilise some as others rise to the challenge. Team organisation is going to play just as significant a role as driver skill and technical excellence.

It's been a very tough time for the sport, with teams putting staff on furlough, McLaren talking of mortgaging their car collection, and Williams circling the drain after the defection of sponsor ROKiT, and possibly being for sale. But there has been a very significant silver lining in this very dark global cloud.

This is a major step forward not just philosophically - the big teams' all-in annual spend is closer to US$400 million - but practically, as it should enable a new Concorde Agreement to be signed soon.

There has also been another very significant development with a sliding scale aerodynamic handicap system which will enable the least effective to have a greater amount of time in the wind tunnel and working on computational fluid dynamics, to help them try to close the gap in aero performance.

It may have been a long time coming, but therein lies the beauty of the disrupted 2020 season. It's not going to be the long slog between March and November, but a gruelling start with eight races crammed into just two months.

From 2022, when the new formula - which was to have been introduced next year - will now be inaugurated, the 10th team will get more aero testing than the ninth, who will get more than the eighth, all the way up to the gap between second and first.

The reigning champions will have 70 per cent of development time based on a sliding scale of 5 per cent for each position. Thus the runner-up will get 75 per cent, the third 80 per cent and so on all the way down to the 10th team, which will be allowed 115 per cent.

This won't turn things around overnight, but it gives the have-nots a better chance and is a much more reasonable solution than success ballast or the Balance of Performance that is so unpopular in sports car racing.

More On This Topic
Motor racing: Austria ideal chance for Formula One to experiment with racing format, says Red Bull boss
Formula One: No race will be cancelled even if a driver has Covid-19, says F1 boss Chase Carey
Formula One: Mercedes blocked reverse grid 'gimmick', says Wolff

For now though, Mercedes have to be the favourites yet again, but Red Bull Honda have the acuity and, now, the technical package, to be a very serious challenger.

It will be fascinating to see if Ferrari have taken the serious steps they needed to reorganise their sometimes fragile management, or whether a team such as Racing Point can deploy their proven strategic cunning to get under their skin with their "pink Mercedes".

Red Bull could burst out of the blocks in Spielberg, which is their home circuit. The Red Bull Ring is owned by Dietrich Mateschitz, the boss of Red Bull, and was a very happy hunting ground for his team leader Max Verstappen in 2018 and 2019.

And the Dutchman said months ago that he hoped to be in a position to carry over last year's late-season speed into 2020 and to put pressure on Lewis Hamilton and Mercedes early in the game.

He was also super-fast in Hungary, so on paper seems to have his best shot yet at winning a title with a strong early burst.

It may have been a long time coming, but therein lies the beauty of the disrupted 2020 season. It's not going to be the long slog between March and November, but a gruelling start with eight races crammed into just two months.

More On This Topic
Formula One: S'pore Grand Prix running out of time in a year of twists and turns for F1
Formula One: Mercedes boss Toto Wolff backs Lewis Hamilton on racial injustice

The current intention is to stage at least another 10 between September and December, though Formula One chief executive officer Chase Carey concedes that there are still difficulties. China and America, for instance, appear to have ongoing geopolitical problems that may militate against them.

We are in a hurry up and wait situation, and right now nobody knows what lies beyond the Italian race on Sept 6. Best, then, just to savour the start of the action in July and see where it leads.