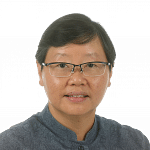 It appears that the searing heat at the Formula One Malaysian Grand Prix has caused a meltdown of sorts in the Mercedes garage.

Not only did the world champions fail to top the podium for the first time in eight races but, when put under pressure by Ferrari, cracks also began to appear over the Silver Arrows' smooth, shiny facade.

For a start, it is clear that the relationship between Lewis Hamilton and Nico Rosberg is still fraught with tension.

Rosberg, who came off second- best to Hamilton in the drivers' championship last year, is a man under pressure.

In Formula One, your fiercest rival is not a driver from another team but your team-mate. For differences in performance cannot be attributed to superior or inferior equipment because both use the same engine and chassis though the set-ups may differ.

Rosberg was well-beaten by Hamilton at the season-opener in Australia on March 15, and the Briton got the better of his team-mate again in Malaysia - in both qualifying and the race.

The German's temperament also came under scrutiny again when there were suggestions that he impeded Hamilton while the Briton was on his second timed lap in Sepang on Saturday.

In Monte Carlo last year, Hamilton had made it known that he believed Rosberg had ruined his chances of taking pole by deliberately running off track and triggering yellow flags, thus forcing the Briton to halt his charge.

In Belgium, Rosberg was punished and censured by the team for crashing into Hamilton while the pair were battling for the lead.

Worse, Saturday's incident led to a bizarre episode at a post-qualifying press conference when Rosberg pretended to be a journalist asking Hamilton whether he felt the German had blocked him.

While Hamilton had said "no" when queried by journalists, his reply to Rosberg was rather less forthright, saying: "I think you should probably ask him... he'll have a good opinion on that."

While that sparked much mirth in the room, Rosberg certainly did not see it in the same light.

Hamilton and Rosberg are true racers - talented, ambitious and possessing a killer instinct. Mercedes are sticking to their policy of not having a designated No. 1 or No. 2 driver and leaving them to slug it out fair and square.

But it is never easy having two roosters in the same henhouse and Mercedes' Wolff - team principal Toto - would do well to keep the pair's rivalry from boiling over again like it did last year.

In 2014, the team were fortunate that the Mercedes WO5 was in a class of its own, and the incidents in Monaco and Belgium did not cost them either the driver's or constructors' championships.

But on Sunday, Ferrari showed they had made a huge leap in performance and could threaten with Sebastian Vettel's win.

The Prancing Horses' surprising success in Sepang puts more pressure on Mercedes and the cracks in the team could widen with Mercedes' failure to reel Vettel in after errors in strategy and a less-than-perfect car.

While Hamilton was diplomatic during the post-race press conference, conceding that the Ferrari was "just as good if not better" in some areas, his frustration was clear over the team's radio communications during the race.

He not only complained about being confused but also snapped at a member of the pit crew.

McLaren are another team whose internal dynamics also bear watching. Talk in the Paddock is that bosses were distinctly unimpressed with Fernando Alonso's remarks in Sepang attributing his mysterious Feb 22 crash in testing to a "steering lock".

McLaren had previously insisted that their examinations found no evidence of car failure.

The Spaniard, widely considered the best driver on the grid, had left the team in 2007 under acrimonious circumstances over the Spygate scandal, and his return had raised eyebrows.

That Alonso - who re-joined this year after five years at Ferrari - has fallen foul of the team's management even before he had actually raced in the car this season marks this episode as one storyline to follow in the soap opera that is Formula One.