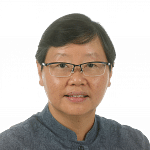 Sepang - Much of the talk in Formula One in recent days has been on the exits of longstanding races such as the German Grand Prix, which was dropped from this season's calendar last week.

Such speculation has also not escaped the ongoing Malaysian Grand Prix, whose contract expires after Sunday's race.

But despite the doom and gloom surrounding the 17-year-old event, South-east Asia's first F1 race is expected to continue until 2018.

This, despite 2015's ticket sales reportedly being unable to recover from last year's low of 100,000, which came in the wake of the MH370 tragedy.

The sticking point in negotiations has been - like the Singapore Grand Prix's case in 2012 - the sanctioning fee required by Formula One Management. While no immediate figures are available, and the sums the circuits pay to FOM vary, the reported average is about US$28 million (S$38 million).

In media reports from the Paddock on Friday, Formula One supremo Bernie Ecclestone had told reporters that Malaysia would "probably" extend its contract.

Sepang International Circuit (SIC) chairman Mokhzani Mahathir himself had painted an optimist picture in recent weeks, pointing out that the country had much to gain by continuing its involvement in motorsport's premium racing series.

In remarks published by Bernama earlier this week, he noted that Petronas, the government-owned national petroleum company, had recently agreed to continue its title sponsorship of Mercedes, the current world champions, "and as such, it will be an impetus to hold the F1 in Sepang".

While the Sepang track was built in 1998 for RM280 million (S$104 million in today's figures) and spent RM130 million on a makeover in 2010, the country has gained many fold in return, particularly in terms of tourist dollars.

For starters, it is amongst the most affordable races on the 19-race circuit - tickets this year start from RM80 - and about a third of the spectators are from overseas, including some 6 per cent from Singapore. On Wednesday, SIC chief executive Razlan Razali told the Malay Mail that this figure increases by 5-10 per cent annually. He has also admitted in an interview with Today that the tourism receipts are worth in the region of RM300 million to the country's economy.

In a blog post last year, former prime minister Mahathir Mohamad, who is also Mokhzani's father, pointed out that the intrinsic value of the race lay in the "free" advertising the country gets on airwaves during the three-day event.

He wrote: "Advertising on Japanese TV is expensive, costing a million Ringgit for a three-minute clip. During F1 race, Malaysia gets two hours a day for three days free TV coverage.

"If we add up the advertising value for three days on 300 TV stations worldwide, the cost would be much more than the total cost of building the track."

Current Malaysian PM Najib Razak was in agreement, noting in 2013 that "organising the Formula One (race) has put Malaysia on the map of the world".

And while Razlan had complained recently that some aspects of the current deal were "burdensome" to the race organiser, which makes about RM15 million to RM20 million a year, he also admitted in a January interview with national news agency Bernama that "the continuation of F1 is still good for tourism".

News that the race is likely to stay on the calendar cheered Russian Timur Tashpulatov.

The 27-year-old, who was at Sepang to catch a couple of the practice sessions, said: "This is my second time at Sepang.

"The race is very interesting. Here, it is very hot and very humid. I believe that makes it a good challenge for the teams. I believe the ability to do well in the tough conditions are what separate the top teams from the others."