World Cup: Good start for Belgium but defence is an issue 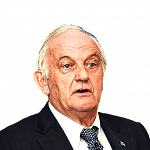 Belgium started this World Cup with a great result, beating Panama 3-0 in their Group G opener on Monday, but it was not a display to be entirely happy about.

They were not so dominant in the first half and, after 25 minutes, you could see changes in their style when Belgium started hitting long balls out of frustration.

However, they achieved their first objective, which was to win their first game of the tournament.

Still, (coach) Roberto Martinez has to be careful as certain aspects of their game are not so convincing.

They face Tunisia on Saturday and the Tunisians are a good counter-attacking team.

A problem Belgium will have is in their three-man central defence.

Dedryck Boyata is not at the same level as the commanding Vincent Kompany. And, against a speedy team like Tunisia, Thomas Vermaelen could be key because he is extremely fast and he is known to make superb recovery tackles. Hopefully, the duo will return from injury for this game.

In midfield, the performances of Yannick Carrasco (Dalian Yifang) and Axel Witsel (Tianjin Quanjian) have been affected since they joined the Chinese Super League.

I understand that they have gained financially, but they need to be playing at a high-level league in Europe if they want to be in top condition for the World Cup.

Carrasco was disappointing and he was not comfortable at left wing-back. He was not in the game as compared with Thomas Meunier (Paris Saint-Germain), who was constantly running up and down the right flank. Carrasco (24) and Witsel (29) are still relatively young and they should consider returning to Europe.

Even if Belgium are not playing well, they can still count on individual skill. Dries Mertens' volleyed goal was top quality and Kevin de Bruyne's pass with the outside of his right foot to Romelu Lukaku for the second goal was excellent technique.

And let's not forget that Thibaut Courtois provides a comfortable feeling for Belgium fans in goal. He is in top condition now and, twice, he was ready to stop Panama from scoring. He is very reliable and he will make a big difference in the big matches later.

Martinez has picked the best possible first XI that he can. Kompany and Vermaelen are injured and he has no choice but to select Boyata. Apart from that, he correctly picked the world-class players he has in Courtois, Lukaku, de Bruyne and Eden Hazard.

Both of them came up with assists on Monday and, whenever Hazard had the ball, he was surrounded by two to three Panama players.

This opened up space for de Bruyne and the others to attack, so I don't understand why some people are saying the two cannot play in the same team.

Michel Sablon, Football Association of Singapore technical director, was a former assistant coach of the Belgium team which finished fourth at the 1986 World Cup. He was speaking to Wang Meng Meng.