A match football fans around the world will enjoy, but with heavy burden of history too 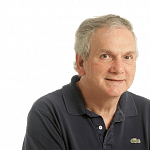 For two hours today, Anfield will be the pulse of English, and global, football.

By winning the match, either Liverpool or Manchester City could edge decisively toward the 2014 Premier League title. But the moments leading up to the kick-off will be almost unbearably emotional.

Every start in the EPL has been delayed by seven minutes this weekend because six minutes into the FA Cup semi-final on April 15 1989, 96 Liverpool fans were suffocated to death in an overcrowded stand at Hillsborough stadium in Sheffield. An extra minute has been added for a mark of silent respect.

The pain is as raw today as it was 25 years ago. The families are just embarking on yet another long, tortuous judicial inquest into how and why that tragedy happened.

You might struggle to imagine the innermost feelings of many supporters as they arrive at Anfield today, pausing at the Hillsborough memorial with its roll call the 96, its ever fresh flowers, its candles which have never been allowed to burn out.

Some of those feelings might transmit across the 14,867 kilometres from Liverpool to Singapore.

Added to that, this is the first time for 24 seasons that Liverpool have felt a real hope of winning the league. That makes it the first time in the lives of a new generation of fans, and even of one or two players.

Liverpool's captain, Steven Gerrard had a cousin, Jon-Paul Gilhooley, who was one of the 96 killed at Hillsborough. Jon Flanagan, who has grown into Liverpool's left-back position this season and who was born within shouting distance of Anfield, was not even born the last time Liverpool were contenders for the crown.

There is a resident psychologist at the team's headquarters these days. He might be a busy man.

But the fall-out from this emotion affects City as well. Manuel Pellegrini may be Chilean, and in his first season in English football, but nobody touched on the situation better than him this weekend.

He wants his team to stay focused on winning. Too much anxiety, Pellegrini added, leads to too many mistakes.

There, indeed, lies the key to this so-called winner-takes-all title decider.

For one thing, Liverpool will still have four games left, including one against Chelsea, before this season is done. And City have six.

When you study the make-up of the sides at Anfield today, you see, as ever on a Premier League field, a wealth of imported talents and temperaments.

We can pontificate on the form and the irrepressible spirit of Luis Suarez since he came back from his biting ban. We might wonder at what stage City releases Sergio Aguero after his seemingly interminable hamstring problems.

We might weigh up the heavyweight dual in midfield between Gerrard and Yaya Toure. Or add to that muscular mix the presence also of City's Brazilian, Fernandinho.

And we can look with some relish at the statistics that tell us Liverpool, with 90 goals this season, and City, with 84, are far and away the most compelling attacking forces in the league.

But at that point, I suggest we draw the line on arithmetic.

Every newspaper, every TV broadcast, every website has a bombardment, a veritable confetti, of stats for this, stats for that and stats for the other. They have "heat maps" of where individual players run. They count the passes, the misplaced passes, they track the runs and tell us the supposed tactical machinations plotted in one dressing room or the other.

It is pseudo science, a lot of it.

Pellegrini has already said that it comes down to big match temperament, to which group of players control their emotions and their nerves the better.

I would use another word: character.

When that delayed whistle blows, and when the roar of the famous Anfield crowd fills the ears - the soul almost - of the players it should ultimately be skill, and the courage to apply it, that counts.

On that score, I would look to two inspirational individuals at the heart of their teams.

One is blatantly obvious. For all that Gerrard is the leader and the hometown man in this stadium, Suarez has been a remarkably consistent genie over the past seven months. No player since Kenny Dalglish has been able to turn lost causes into goals, or tight games into victories for the Reds.

And for City? I'd expect you to guess I'm going to suggest either Vincent Kompany, the key to the defence, or Toure, the colossus in midfield.

I admire both. However, the man who so often makes City tick is smaller, and more elusive than either of them.

David Silva is known as the magician by the City faithful, for good reason. He turns games, not through the sheer desire and audacious finishing of a Suarez, but through the calm and subtle art of making a pass.

Silva is rare in the modern game in that the smile shines out of him. We can almost see his mind working, almost feel that the waft of his foot, the release of his imagination as that of a child in the playground.

A child in a man's game.

It will take someone like that to make his team-mates forget the anxiety, and make the assembled 45,276 inside Anfield and the keyhole audience around the world forget the heavy overtones of why this match is delayed by seven minutes.

Some people have already forgotten it. The word on Merseyside yesterday is that black market tickets were selling at £3,000 (S$6,300) a time.

Emotion drives that market too.