LONDON • Manchester United yesterday turned to former striker Ole Gunnar Solskjaer to steady the ship until the end of the season, confirming him as caretaker manager in the wake of Jose Mourinho's sacking.

The Norwegian, who leaves his role as manager of Molde, whom he led to two Norwegian league titles in 2011 and 2012, will be joined by Mike Phelan as assistant manager.

The Englishman previously carried out that role under former United boss Alex Ferguson for five seasons before leaving in 2013.

On Tuesday, United parted company with Mourinho with the club in sixth spot in the English Premier League, having made their worst start to a season for 28 years.

The appointment of Solskjaer to inject some life into the Red Devils in some ways mirrors his playing career at the club, where he scored 126 goals between 1996 and 2007, often as an impact substitute.

His most memorable contribution came in the 1999 Champions League final victory over Bayern Munich, when he netted the stoppage-time winner.

"Manchester United is in my heart and it's brilliant to be coming back in this role," the former Cardiff manager said in a statement. "I'm really looking forward to working with the very talented squad we have, the staff and everyone at the club."

We are confident they will unite the players and the fans as we head into the second half of the season.

If they appoint a new manager in the summer, he's not going to have much time to look for players. There is a real concern that you could have two seasons of rebuilding again.

Coincidentally, his first task will be to try and guide United to a much-needed league win at Cardiff - the club who were relegated from the English top flight on his watch in 2014 - on Saturday.

But United executive vice-chairman Ed Woodward expressed his confidence the "club legend" would be able to bring some cheer to the Old Trafford faithful.

He said: "His history at Manchester United means he lives and breathes the culture here, and everyone at the club is delighted to have him and Mike Phelan back.

"We are confident they will unite the players and the fans as we head into the second half of the season."

The club are also understood to be looking for a director of football - a first for United - to oversee operations, a position which Mourinho was opposed to.

Michael Carrick and Kieran McKenna, both part of his backroom staff, will be retained to work under Solskjaer, whom the Manchester United Supporters' Trust labelled the "ultimate super-sub and was just the man for the job".

The "Baby-faced Assassin", as he was popularly known by during his playing days, was given the blessing of Molde and earned plaudits from Ms Erna Solberg, the country's Prime Minister.

Pundit Gary Neville, who has been vocal about United's need to hire someone who meets the club's "key principles", felt his former teammate could "bring the feel-good factor back".

He told Sky Sports: "At this moment in time, I can see where an interim appointment becomes someone who brings favour and goodwill, and he absolutely would. 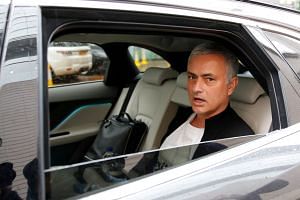 Football: Sacked Mourinho says time in charge of Man United already in the past

"(He would) hold the fort until the end of the season and then United can go and get the next manager of this club for the next five to six months."

However, the former United defender warned the club's floundering stars their "excuses were gone now" and they "had to perform" as there would be no more flare-ups.

But not all were sold on Solskjaer taking on one of the biggest jobs in football as an interim boss, with former United midfielder Darren Fletcher declaring the announcement akin to "writing off this season and next season".

He told the BBC: "United should never be in this position. If they appoint a new manager in the summer, he's not going to have much time to look for players. There is a real concern that you could have two seasons of rebuilding again."

He told bookmaker Paddy Power: "That has to be a joke. Yes, he's (Bruce) been sacked (as Aston Villa manager in October), but we've all been sacked before. Between him and Solskjaer, there's no comparison."