LISBON • Cristiano Ronaldo's lawyers have said documents that appear to substantiate Kathryn Mayorga's claims of rape by the footballer were altered and are "pure inventions".

Peter Christiansen, a Las Vegas-based attorney, was hired by Juventus forward Ronaldo last week after the former model went public with her allegations.

In a statement released via the player's representatives, Christiansen said documents that apparently show Ronaldo acknowledging he had sex with Mayorga without her consent had been fabricated by hackers.

"There are no doubts: Cristiano Ronaldo vehemently denies all the accusations in this civil action, in consistency with what he has done in the last nine years," said Christiansen.

"By 2015, dozens of entities (including law firms) in different parts of Europe were attacked and saw a lot of information on their electronic equipment being stolen by a hacker.

"This hacker then tried to sell such information, having... a media outlet irresponsibly (published) some of the stolen documents, significant parts of which were altered or completely forged."

The documents he referred to were shared by the Football Leaks website with German magazine Der Spiegel, which went on to establish Mayorga's identity and encouraged her to share her story.

Der Spiegel's 9,000-word interview, published two weeks ago, contained details of the documents and Las Vegas police have since reopened an investigation into the alleged assault, which Mayorga says took place in Ronaldo's hotel room in the city's Palms Casino Resort.

Ronaldo's position has always been, and continues to be, that what happened in 2009 in Las Vegas was completely consensual.

And Der Spiegel yesterday issued a statement that it had "no reason to believe that the documents are not authentic".

"The statement (by Christiansen) presents the usual path that Ronaldo and his lawyers have taken in the past when unsuccessfully fighting our investigative work."

Mayorga is also bringing a civil case against the Portuguese. His lawyers say that she signed a non-disclosure agreement with him in 2010, but chose to break it after learning of some of the contents of the documents.

Ronaldo had previously not acknowledged any such agreement, but Christiansen confirmed its existence and reiterated that their sexual encounter was "completely consensual". 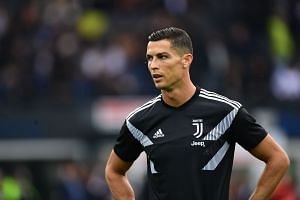 "Cristiano Ronaldo does not deny he agreed to conclude an agreement with (Mayorga), but... this agreement is by no means a confession of guilt.

"Ronaldo merely followed the advice of his advisers in order to put an end to the insulting accusations made against him in order to avoid attempts to destroy a reputation built thanks to intense work, great athleticism and ethically impeccable behaviour.

"Once again, for the avoidance of doubt, Ronaldo's position has always been, and continues to be, that what happened in 2009 in Las Vegas was completely consensual."