SINGAPORE - Four years ago, Neymar sprinkled his magic all over the National Stadium as he scored all the goals in Brazil's 4-0 friendly win over Japan.

But it is unlikely Kallang will see the entertainer for the 2018 International Champions Cup (ICC) as his club Paris Saint-Germain did not include him in the travelling party.

For star quality, Atletico, who are also arriving on Wednesday, have included Slovenia's top goalkeeper Jan Oblak and French striker Kevin Gameiro in their ICC squad.

Arsenal, the other team competing in the Singapore leg of the ICC, have brought along a squad of 25 who arrived on Monday and include Germany's Mesut Ozil, who played two of his team's three games at the World Cup. 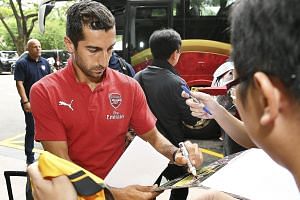 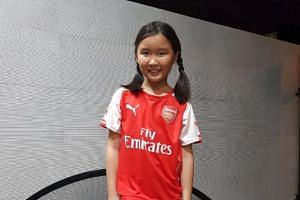 The Gunners have also selected key players Aaron Ramsey, Pierre-Emerick Aubameyang and Alexandre Lacazette for the trip. Only Uruguay's Lucas Torreira and Switzerland's Stephan Lichtsteiner have been given an extended break following their exertions in Russia.

Still, the absence of Neymar will be felt. The 26-year-old became the world's most expensive player when he transferred from Barcelona to PSG for €222 million (S$349 million) last August.

In 2014, he plundered four goals against Japan at the National Stadium, earning him thunderous applause from the fans who hailed his perfect effort of a header, a goal with his left foot and two goals with his right.

But football fan Diana Yeow is not too disappointed and she is looking forward to watching one of the best goalkeepers ever in action. She tweeted: "World Cup duties, probably. But Gigi Buffon, he is on the list!"