LONDON (REUTERS) - Neil Warnock has held countless news conferences during his 40-year coaching career but none quite like Monday's (Jan 28) when the Cardiff City boss spoke for the first time of his anguish at the disappearance of new signing Emiliano Sala.

The light aircraft carrying the Argentine disappeared over the English Channel a week ago as the 28-year-old flew to Cardiff from Nantes to join his new team mates.

No trace of the plane, being flown by pilot David Ibbotson, has been found and an official search has been called off.

Speaking ahead of Cardiff's trip to Arsenal on Tuesday, their first match since Sala's plane vanished, Warnock said it had been the most difficult week of his career and admits he had questioned whether he could even carry on doing his job.

"You think 24 hours a day about whether to carry on," Warnock, told reporters.

"It's impossible to sleep. I've been in football management for 40 years and it's been by far the most difficult week in my career, by an absolute mile.

"It's been a traumatic week and even now I can't get my head around the situation." 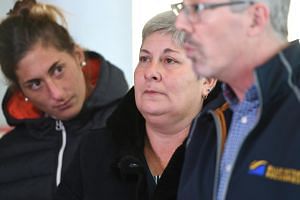 Underwater search for footballer Sala to start on Sunday

He had met his new teams mates the day before Cardiff's last match at Newcastle United, before going back to Nantes to say goodbye to his former club and gather his belongings.

A shrine has since been established outside Cardiff's stadium.

Warnock said he had got to know Sala in the weeks before the transfer was concluded and recalled their final conversation.

"He came to the training ground, was halfway through his medical on Friday," he said. "I went across to see him for two or three minutes and I said, looking at his gear he was wearing, he would fit in with our team, he had holes in his trousers and looked like a tramp.

"That's the memories I'll have, he said 'I'll score you the goals', and I said 'I know you will'. I did invite him to Newcastle and I keep thinking about that. But he wanted to go back and see his team mates and get his belongings.

"It's probably hit me harder than anyone else as I've met the lad and talked to him for the last six to eight weeks and know how much he was looking forward to joining us." Warnock said several of his players had received "outside help" to deal with the situation, while he fully backed Sala's family in their efforts to continue the search privately after $388,000 was raised on a GoFundMe page.

"It's probably the lads you don't expect that needed more help," Warnock said. "But I don't think it does any harm to talk to anyone else. It's been noticeable that three of four lads have been really poor.

"It's unknown territory. Things like this just don't happen.

"I quite understand (Sala's sister) Romina's stance. If it was my kid, I'd want everybody looking at it forever. It's such a strange situation, everybody is hoping like the family." Warnock confirmed that Cardiff's players would not wear black arm bands on Tuesday, in accordance with the family's wishes, but yellow daffodils would be laid on the Emirates pitch.

"From our point of view it's just as well we have a game, whoever it's against," he said. "We can start getting back. It's been a sombre mood all week." The marine scientist David Mearns, who is leading the private search for Sala's plane by using underwater technology to scan the seabed, outlined the difficulties his team face.

"This is a relatively small search area... but there are complications in terms of it being a small plane, the bottom (of the sea) is very hard, there is lots of other wreckage out there, and we have the weather," Mearns told reporters.

"We are working in the worst time. If this was the summer time our confidence level would be much higher, almost to the point of a guarantee."