Nuno had already said on Sunday night following a 1-0 defeat to Sevilla that he was resigning.

“Nuno Espirito Santo, who until now was the coach, is no longer tied to Valencia, after coming to an amicable agreement with the institution,” said a statement on Valencia’s website. 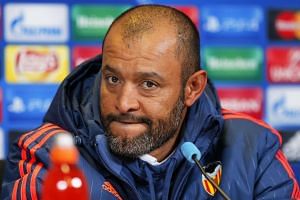 Former player Salvador Gonzalez will take charge of the team, assisted by Nuno’s assistant, the former Manchester United player Phil Neville, until a permanent appointment is made.

Having qualified the team for this season’s Champions League, the Portuguese coach leaves with Valencia down in ninth in the table having lost eight of 20 matches this season in all competitions.

They also need to beat Lyon in their final Champions League group game to have any chance of reaching the knock-out stages.  They host leaders and champions Barcelona this coming weekend in La Liga.