The Champions League and Europa League group stages began last week and while many here were left on the edge of their seats, it had little to do with the action on their screens - but the anxious wait to see if Singtel and StarHub would beam the matches live.

On Tuesday night, barely 3½ hours before the first round of Champions League matches started, Singtel said it would show five games on Wednesday morning. The telco eventually televised 16 live games over three days but neither it nor StarHub has reached an agreement with rights owners beIN for the rest of the European season. The next round of matches starts on Oct 3, and football fans here have been left stranded.

Part of this is due to the emergence of a new player, DAZN, a video streaming service owned by United Kingdom-based sports media company Perform Group.

The Champions League was previously aired on Eurosport, which held the rights for the past three seasons and was available on Singtel and StarHub. This year, DAZN won the Champions League and Europa League rights for several South-east Asian countries, including Singapore, until 2021. It is understood Qatar's beIN had acquired the rights from DAZN and is in talks with Singtel and StarHub.

In a near-identical situation in Malaysia, Astro secured rights to the full season of both European competitions only on Tuesday night due to protracted negotiations over costs.

The price of football broadcast rights has skyrocketed, as has the demand for the Beautiful Game.

There could be worse news in store, with analysts telling The Sunday Times they expect the same brinkmanship next year when the current EPL rights deal expires.

According to sports industry information and data provider SportBusiness, Champions League and Europa League media rights raked in €5.9 billion (S$9.5 billion) worldwide for the three-season, 2015-2018 cycle, an increase of about 40 per cent from the €4.2 billion raised in the previous period.

The entry of tech companies like Facebook and Amazon with vast financial and online distribution resources has also brought increased competition and higher prices for traditional pay-TV broadcasters and telcos that previously fought among themselves for these rights.

Gone, however, are the days of enormous bids here. In 2009, Singtel outbid StarHub for the English Premier League (EPL) broadcast rights from 2010 to 2013, reportedly paying $400 million - significantly more than the reported $250 million StarHub paid in the previous cycle. It nevertheless helped Singtel to enlarge its subscriber base, which hovered at around 100,000 then.

Fans on StarHub's platform, which had more than 500,000 subscribers, were upset at having to subscribe to Singtel for their football fix. The then Media Development Authority introduced the cross-carriage rule in 2011 to curb over-bidding and also save consumers from having to switch to or add another pay-TV operator because it had a monopoly on certain exclusive content.

This came into play when Singtel was deemed to have secured the two cycles of EPL rights from 2013 to 2019 on an exclusive basis, and was ordered to make them available on StarHub while subscription fees were paid to Singtel.

There is no perfect solution in a free market though, said Mr Mark Chew, managing director of sports marketing agency Reddentes Sports, and there will be challenges in such negotiations even as local broadcasters try to work with others for key sports content.

He said: "Premium sports content continues to be highly sought after by media organisations looking to retain subscribers... At the same time, rights holders are under pressure to extract the best possible value for the media rights affected by the cross-carriage rules.

"This results in challenging negotiations that often go down to the wire as broadcasters are driven to avoid a bidding war and get the best value possible for the top sports properties."

PwC's entertainment and media leader Oliver Wilkinson noted this decline and the increase in the engagement of over-the-top online services or piracy, as broadcasters become more prudent in terms of the content they procure and how much they are paying.

Some analysts argue though, that despite the prestige of the Champions League, it does not enjoy high viewership in homes or entertainment outlets due to the matches' weekday, early-morning air time in Singapore.

Mr R. Sasikumar, founder and CEO of sports marketing agency Red Card Global, said: "StarHub is in a peculiar position where football is no longer its priority and it feels it doesn't need to bust the bank for such premier content.

"Singtel also has shareholders to answer to and is unlikely to again go down the route where its number of subscribers cannot sustain the outlay and there is no positive return on investment."

Yet what is undeniable is the steady rise in prices. Until 2004, the cheapest plan on StarHub with EPL action was $28. Currently, the Singtel TV mio Stadium + package with EPL offering is $64.90, while the Sports Plus pack is available at $49.90 on mobile devices and compatible smart TVs. 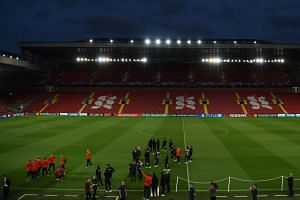 There could be worse news in store, with analysts telling The Sunday Times they expect the same brinkmanship next year when the current EPL rights deal expires.

Consumers are still at the mercy of rights holders, noted chief executive and regional economist at CIMB-GK Research Song Seng Wun. "For a product like the EPL that has such a loyal following, Singapore will pay," he said.

"The Singapore market is small, and, if Singtel wants to retain the rights, it will have to pay for it, and the fans will likely have to bear the cost of any price increase."

A version of this article appeared in the print edition of The Sunday Times on September 23, 2018, with the headline 'Football TV rights: Why it's not easy to get it right'. Subscribe
Topics:
More
Whatsapp Linkedin FB Messenger Telegram Reddit WeChat Pinterest Print Purchase Article Copy permalink