In a video interview conducted by Red Card Sports Radio, one of the club's partners, he said: "Yes, I'm asking for help from the FAS (Football Association of Singapore), for sure. I'm not denying that. But I wouldn't be (worried). It's not a profit-loss issue but a cash-flow one."

He clarified that the club are asking for advances of subsidies due to them for meeting benchmarks.

"Clubs get subsidies from the FAS throughout the year. The subsidies are drip-fed to us, but we'd like to have it in lump sums, as it makes it easier for us to start other initiatives to generate revenue," said Krishna, a corporate lawyer.

It is believed each S-League club receives some $600,000 in annual subsidies from the FAS. This is given out in monthly tranches of about $50,000. 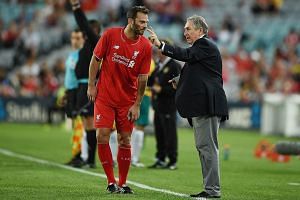 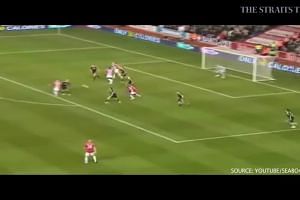 An additional $300,000 could be given out if clubs meet certain predetermined factors, including average attendance and running Centres of Excellence.

It is believed the Stags' financial woes stem from a big sponsor pulling out and the fact that the club does not rely on revenue from jackpot machines. The latter accounts for a large proportion of an average S-League club's revenue.

Krishna stressed this was not a result of irresponsible spending on the part of the club, which had made headlines in recent months for high-profile tie-ups.

Tampines grabbed headlines when they signed former Liverpool and Arsenal man Jermaine Pennant. They also landed former Liverpool manager Gerard Houllier as an international ambassador, partnered Brazilian superstar Ronaldinho for an academy, and managed to get approval to stage their Asian Football Confederation Cup game against Selangor at the 55,000-seat National Stadium.

Krishna said: "The National Stadium is virtually free, Pennant costs $20,000 a month, not the $50,000-$60,000 that people reported. Gerard Houllier's free, he's happy to help, so none of those supposedly expensive expenditures were really expensive.

"But look what it has done for Singapore football (in terms of) branding."