PARIS (REUTERS) - Signing Neymar was not enough to turn Paris Saint-Germain into a major force in European football, according to former AC Milan and Italy coach Arrigo Sacchi.

Sacchi, who led Milan to two European Cup titles in 1989 and 1990, told French sports daily L'Equipe that he is unconvinced by PSG's strategy for success in Europe and questioned whether the French side have the right club culture.

PSG spent €400 million (S$649 million) in the close-season transfer window buying Brazil forward Neymar for a world-record fee and securing France international Kylian Mbappe on a season-long loan with a view to buy.

Yet they were knocked out of the Champions League in the last 16 by Real Madrid on Tuesday (March 6), losing 2-5 on aggregate with Neymar playing no part following surgery on his broken metatarsal.

This is the sixth consecutive season they have exited Europe's elite club competition before the semi-final stage after being taken over and bankrolled by Qatar Sports Investments in 2011.

"We won Serie A (in 1988) with Marco van Basten... who played three full games out of 30. If the project had been van Basten, we would not have won anything. 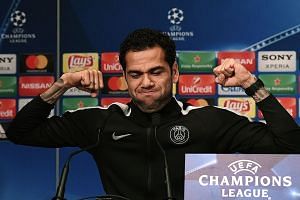 Football: Ney, it's not a big problem for PSG

Sacchi also said that PSG had yet to develop the right club culture.

"To win something, the most important thing is the club, its vision, its competence, its rules and its choices. Only after comes the team," the Italian said.

"I have the feeling that at PSG, this hierarchy is not respected."

In the second leg against Real, midfielder Marco Verratti was sent off midway through the second half after arguing with the referee, behaviour Sacchi said should not be tolerated by the club.

"The authority must come from the club. Last year, Juventus saw that some players were protesting because the coach (Massimiliano Allegri) was replacing them or that they were becoming arrogant, what did they do? They left Bonucci out," said Sacchi.

"He sat in the stands on a Champions League night and the next summer, they sold him. They sent the signal that at the club, it is not the players who make the rules."