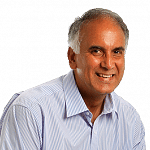 Forget the Age of Ultron, forget The Avengers.  Five-term Fifa president Sepp Blatter sees himself as the newest superhero, the man who will clean up the governing body of world football.

Despite two criminal investigations - one driven by the United States, the other by Switzerland - Blatter's 17-year stewardship of Fifa is a period severely tainted by allegations of kickbacks, alliances, graft and financial gain.

Yet, even after the arrests in Zurich on Wednesday reduced Fifa's structure, in a Jenga-like removal of key components, to a weakened outer shell, he was still  promoting the notion that there is only one person who can give Fifa a 100 per cent makeover and bring it a new, lilywhite image.

That person, he says, is not Jordan's Prince Ali, who withdrew after the first round of voting in Friday night's presidential vote, nor is it Uefa president and former France captain Michel Platini, who claimed he tried unsuccessfully to persuade Blatter to step down the day before the vote.

No, Blatter says that person is…. himself, of course.

Like a shapeshifter, the Fifa president took the moral high ground immediately after the mid-week arrests. The allegations against his organisation and his colleagues, he thundered, brought "shame and humiliation" to the world governing body, while he insisted: "There can be no place for corruption of any kind."

It is important to remember that Blatter has not been charged with anything, nor has he even been legally implicated in the proceedings against the 14 people who have now been indicted by the United States Department of Justice (DOJ). But the severity of the charges against his fellow office-bearers are unprecedented in the annals of any international sporting administration.

And what these suspects subsequently reveal in their sworn testimonies will give investigators a clearer image of whether Fifa was run like a squeaky-clean Disney kingdom or if it was a murky fiefdom that tolerated and perpetuated financial wrongdoing. If the latter picture emerges, it will dramatically contradict Blatter's view of himself as a Bambi-like paragon of virtue and propriety.

According to US Attorney-General Loretta Lynch, the scope of the operation carried out this week "spans at least two generations of soccer officials who… abused their positions of trust to acquire millions of dollars in bribes and kickbacks."

So deeply entrenched was the slush-fund culture, said Lynch, that a single Fifa executive is suspected of "taking more than US$10 million (S$13.5 million) in bribes over a 19-year period".

So where exactly does Blatter stand? The answer to that is that there are three possible scenarios.

One, that he was entirely unaware of what are, at this stage, still only alleged enrichment schemes and twisted financial deals.

Two, that he was aware but chose not to take any action against his Fifa colleagues.

Or three, that he was not only aware but that he too achieved some measure of financial gain.

If scenarios two or three are revealed to have been the case, then Blatter will surely face legal proceedings as well. If, however, the first scenario applied instead, then it is still a damning indictment on his ability to run a clean organisation, while also making a mockery of his assertions that he will now clean up Fifa from top to bottom.

Blatter's stewardship of a global organisation accused of serious and deep-rooted financial impropriety is - from a legal point of view - very distinct from having endorsed that impropriety or being actively involved in it.

Remember, too, that while there have been numerous gripes about the way Fifa has functioned during his 17 years at its helm, the game has grown, the revenue it generates has burgeoned, the number of nations that have been granted a share of those profits has increased, and the World Cup has been held on two continents that had never staged it before - Africa and Asia.

But the current legal proceedings against the world governing body will compromise its standing , its reputation and its influence, while certainly bringing sweeping change - under Blatter or his successor if he steps aside or is forced out of office - in the way it conducts its business.

And the fallout from the current controversy might come back to haunt Blatter in one or more ways. It was during his presidency that serious allegations of financial gain and compromised decision-making processes surfaced after Russia and Qatar were awarded the 2018 and 2022 World Cups, respectively.

What transpires in the course of the separate Swiss and US trials will define Blatter's future, but for the moment, the man who is basking in his fifth term as Fifa president wants us to believe that he is the man to clean up his organisation.

Perhaps he sees himself, Avengers-style, as a selfless, courageous superhero called Sepptimus Prime.