SHANGHAI (AFP) - Manchester City will return to China this year for the first time since their ill-fated visit of 2016, when a game with cross-town rivals United was called off at the last minute.

Pep Guardiola's City will hope there is no repeat when they compete in the 2019 Premier League Asia Trophy, which will be held in Nanjing on July 17 and nearby Shanghai on July 20.

The other teams will be Newcastle United, West Ham United and Chinese-owned Wolverhampton Wanderers, the Premier League said on Tuesday (March 26).

Each side will play two games in the mini tournament, which is likely to be testing for the players with peak temperatures over 30 deg C and the possibility of torrential rain.

The Asia Trophy was similarly dogged by pitch problems - again after rain - when it was held in Hong Kong in 2013.

While uncomfortable conditions for players and disruptive to managers' pre-season preparations, the Premier League and clubs see such trips as a prime opportunity to grow their fan bases in China, the world's second-biggest economy. 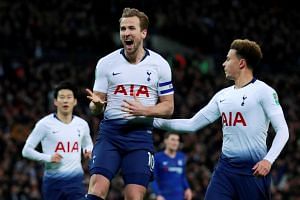 "In Manchester City we have the reigning Premier League champions competing for the trophy," the league's interim chief executive Richard Masters said when naming the July line-up.

"I have no doubt the fans can expect some competitive and thrilling Premier League action."

A glut of European football clubs look set to visit China in pre-season, with Barcelona and Tottenham Hotspur also committed to coming.