United's 3-1 defeat at the London Stadium on Saturday (Sept 29) was their third in just seven league games and has left them nine points adrift of leaders Manchester City, as speculation mounts over the future of Portuguese manager Jose Mourinho.

Left-back Shaw apologised to supporters for United's "awful" performance and said the players need to take a hard look at themselves while midfielder Juan Mata said he understood fans' frustrations.

"If you want the truth I think it was honestly horrendous," Shaw told reporters. "We didn't look like a team that was going to beat West Ham. I think individually and as a team we were awful.

United's reverse, which came after their midweek League Cup penalty shoot-out exit at the hands of Derby, means they have made their worst start in the league for 29 years.

In addition to the problems on the pitch, Mourinho confirmed last week that Paul Pogba would not captain the side again after he had implicitly criticised the manager by urging the team to attack more. 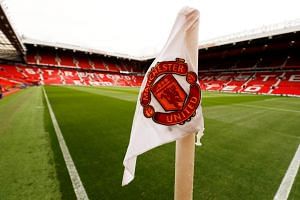 United's haul of 10 points from seven games matches their return at this stage of the season under David Moyes in 2013-14 but their inferior goal difference means this is their worst top-flight start since they picked up seven points back in the old First Division in 1989-90.

Despite the growing pressure on the manager, Shaw believes it is the players who need to shoulder the blame.

"We have to look at ourselves as players," he said. "We're the ones who go on the pitch. The manager isn't on the pitch, is he?"

Mata has scaled back his regular blog in the midst of a turbulent spell for the club as Mourinho prepares his team to face Valencia in the Champions League on Tuesday.

"Today, my blog post is shorter than usual," the former Valencia player said. "In fact, it isn't really a time for posts. I want to thank all of you who support us during these tough times. I understand your frustrations.

"The upcoming game against Valencia is a special one for me, but above all it is another chance to get back to winning ways."

Pogba, hauled off in the second half on Saturday, entered the training pitch with Sergio Romero and warmly greeted Mourinho's coaching staff, having given Nemanja Matic a hug.