Liverpool had recorded draws against Tottenham Hotspur, Rubin Kazan and Southampton in Klopp's first three games after succeeding Brendan Rodgers, but Nathaniel Clyne's first-half strike got the German off the mark.

The England right-back's goal took the eight-time League Cup winners into the quarter-finals as they eliminated Eddie Howe's Bournemouth from the competition for the second season running. 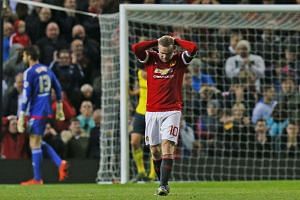 There was an early scare for the hosts when Junior Stanislas put Dejan Lovren on the deck and shot at goal, forcing goalkeeper Adam Bogdan to block, but in the 17th minute they went ahead.

From Roberto Firmino's pass, Teixeira beat visiting goalkeeper Adam Federici with an audacious back-heel that was cleared off the line by Adam Smith, but Clyne followed in to tuck away his first Liverpool goal.

Liverpool lost Kolo Toure to a hamstring injury in the 32nd minute, with Martin Skrtel coming on, and Bournemouth continued to threaten through Stanislas, who forced Bogdan into action with a header and a free-kick.

After Shaun MacDonald had headed narrowly wide for Bournemouth early in the second half, Firmino and Teixeira both went close for the hosts, but Clyne's strike proved enough.

Premier League leaders City swept into the quarter-finals courtesy of a routine 5-1 home victory over Palace, but it came at the cost of an injury to right-back Pablo Zabaleta.

Zabaleta was stretchered off early in the second half after hurting his knee in a collision with Wilfried Zaha, with Bacary Sagna replacing him.

City's cross-town rivals Manchester United were in action at home to second-tier Middlesbrough later on Wednesday.

With Under-21s coach Kevin MacDonald in caretaker charge, Villa fell 2-0 down to second-half goals by Maya Yoshida and Graziano Pelle before Scott Sinclair halved the deficit with a stoppage-time penalty.

Tuesday's results opened up the competition, with holders Chelsea losing 5-4 on penalties at Stoke City after a 1-1 draw and a second-string Arsenal team crashing 3-0 at second-tier Sheffield Wednesday.