MADRID (AFP) - Spanish striker Diego Costa said he was relieved the saga surrounding his return to Atletico Madrid from Chelsea was over, after arriving in Spain on Friday (Sept 22).

The two clubs agreed a transfer fee on Thursday that could reach a reported €65 million (S$100 million), with Costa set to officially rejoin Atletico at the start of January.

The Brazilian-born Costa had been pushing for a move back to Atletico throughout the close season. 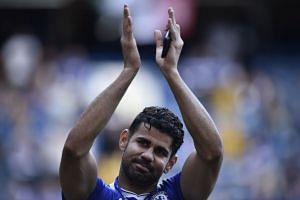 Football: Chelsea agree to sell Costa back to Atletico Madrid 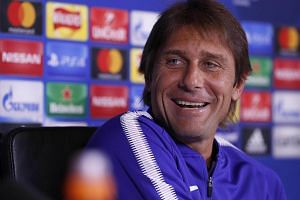 "I'm very happy, I think that it took too long but there was a happy ending," he said.

"Now I'm waiting to see my teammates and start training. There were some worries when we saw time passing and things not happening."

The 28-year-old was frozen out at Stamford Bridge by Chelsea manager Antonio Conte after the signing of his international teammate Alvaro Morata from Real Madrid.

Costa last played a competitive match in Chelsea's 2-1 FA Cup final defeat by Arsenal in May, when he scored the Premier League champions' equaliser.

By the time Atletico's transfer embargo is over at the start of 2018, Costa will not have played for over six months.

"After three months without playing, but training a little, I'm not in as bad shape as people say," Costa, who has been accused of being overweight, insisted.

"I'm afraid of training, not riding the scales."

The enigmatic forward, who led Atletico to La Liga triumph and the Champions League final in 2014, won two Premier League titles with Chelsea.

"I don't want this to happen in this way, never in life," he added.

"I keep a special fondness for the people at Chelsea, one single person (Conte) is not going to sully my image and what I did there. They know who I am."