JOHOR BARU - His focus may be on growing Johor Darul Takzim (JDT) into a force to be reckoned with in the Asian football arena and he has a new RM15 million (S$5.2 million) training facility and a new 40,000-seat stadium lined up for fans.

In an interview with The Sunday Times, Tunku Ismail said he is looking to buy Italian club AC Milan.

Speaking at his residence, the Istana Bukit Pelangi, on Wednesday (April 20), Tunku Ismail said: “I love Milan and I have always loved Italian clubs since I was young... The (focus) is always JDT but if I can buy a club in Europe it’ll be AC Milan.” 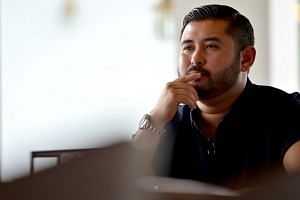 He added that they are in the “research and discussion” stage now.

Milan are owned by former Italy prime minister Silvio Berlusconi, who has signalled his intention to sell the debt-laden club.

He is currently considering an offer from a Chinese consortium, reported to be worth €700 million (S$1.06 billion). Thai businessman Bee Taechaubol was linked last year but talks have since stalled.

Tunku Ismail said both teams will work closely together if the deal goes through. He said: “Hopefully we (can) have the link with Milan and JDT in the future, who knows. And that will be direct collaboration, not just a very small collaboration. That will be very direct.”

While this deal will excite Johor fans, it remains to be seen if the deal represents value for money.

Forbes said the Rossoneri bled US$100 million (S$135.4 million) last season. They also have the third-highest wage bill despite not ending in the top three since 2013.

That said, the 18-time Serie A winners are one of the most well-supported clubs in Italy, and are the Italian team with the most number of Champions League titles (seven).

The potential deal means both Milan teams – the other being rivals Inter – could be owned by South-east Asians. Indonesian businessman Erick Thohir is president of Inter.

But, Tunku Ismail said JDT will always be at the centre of what he does, and, should he be burdened by other commitments, there will be able people running the club.

He said: “I’ve set the policy, and policies can never be changed – I learnt that from Mr Lee (Kuan Yew), by the way. He told me that policies have to be very consistent, it shouldn’t change with different leaders. That’s exactly what I set up here.”

To that end, he has hired Alistair Edwards, the former Australian striker who played for Singapore and Johor in the Malaysian league in the 1990s, as his sports director.

These partnerships, said Tunku Ismail, allow exchange of expertise in several areas. For instance, Dortmund will work with JDT in areas such as coaching, tactics, as well as its youth development project.

The partnership with FAS could see JDT fielding a team in a youth league here.

The club have already extended their reach into Johor’s 10 districts, improving the organisation of inter-school football tournaments and planting scouts state-wide to find the best young players.

The cream of the crop will be housed in the club’s academy where lodging, education and football coaching is provided.

Targeting the youth is a personal mission for Tunku Ismail, who said he sends players and officials to every district to give talks aimed at keeping youths off the streets.

“I want to see youth excel through sport and educate them as well. Whatever I do is never for me. It’s for the future,” he said, adding that this is why he is considering channelling some energy to rugby and boxing as “it involves a lot of the youth”.

Edwards, who started work in January, said: “We have a vision that is driven by TMJ at the top, and that flows down to all aspects of the club.

“The aim is to start from the academies and push the players up to the senior team, national team, and if possible beyond Malaysia.”