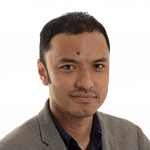 Though not the best flair-filled European championships thus far, the recently-concluded Euro 2016 event in France had its fair share of Best Goal contenders from June 10 till July 10.

Here are our picks and I have zeroed down to my best goal below: Take part in our poll to choose your best goal of the lot.

Xherdan Shaqiri - who plays his club football for Stoke in England - gets my vote here for scoring the Best Goal of Euro 2016. Just inside the penalty box, he had to move back away from goal a little, to line himself up for an ridiculous angled overhead kick.

The Portuguese Peacock Cristiano Ronaldo gets my vote for the best header of the tournament though. Pictures of him leaping in mid-air like salmon, with legs cocked slightly apart and his forehead craned forward, made headlines globally. It resulted in an unstoppable goal to power the eventual champions to the final.

At 27, Hal Robson-Kanu is one of those gems suddenly uncovered on the big stage and in demand. He is a free agent without a club after electing not to renew his contract at the lower English Championship side Reading. One day, when children say they want to do the Robson-Kanu, you'll know it's a variation of the famous Johan Cruyff turn of the 1970s. Robson-Kanu held off his marker here as he received the ball inside the box but shaped up as if to lay the pass on for someone else. Everyone was fooled as he sharply turned inside to shoot home instead. Glorious trickery.

At the height of his powers for Belgium then, Eden Hazard of Chelsea fame, cut right from the left flank, gliding past three Hungarian defenders before angling a low shot beyond the reach of the goalkeeper. He lived up to his surname then.

Joao Mario set up Cristiano Ronaldo for his record-breaking feat then - the first player to score at four European championship finals - as Ronaldo deftly sideheeled Mario's incoming cross past his marker and Hungarian goalkeeper Gabor Kiraly into the far corner of the net. Simply exquisite.

One of the hardest skills in football is to strike a ball in mid-air first time, and get the trajectory, power and direction right, all at the same time. The best players in the world can scuff them sometimes, but more often than not, they can get it right. As the ball was frantically cleared by Turkey's defence here from a Croatian cross, Luka Modric rushed in and decided to unleash a fantastic dipping volley. The stuff of dreams.

Dimitri Payet's left-footed curler was the kind of individual brilliance the opening Euro 2016 game needed when the game was heading for a draw. It was the kind of game-changing moment expected from the world's best players in top teams - like France's Paul Pogba of Juventus - except that this came from a West Ham United player. Yes. West Ham.

In a crowd of Romanian defenders, Payet received the ball, turned instantly and shot with enough curl and pace to lift the home crowd and announce his arrival on the international stage at the late age of 29. As the French would say, c'est magnifique.