Van Gaal is available, with a strong record, but it could be a fiery, volatile short-term ride 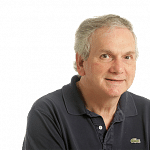 How swift the wheel now turns around Old Trafford.

Last Sunday, a fan dressed as the Grim Reaper taunted David Moyes with the scythe. Over the next 48 hours, the manager suffered dismissal by a thousand rumours.

By Tuesday, he was gone. The Scot was thanked for his integrity and hard work, condemned by results, and made scapegoat for players who failed to respect him and failed to do their best for United.

Ryan Giggs is the "interim" manager for four games. And the Welshman inadvertently twisted the hatchet by saying he had spoken to Sir Alex, and wanted to revive "The Manchester United philosophy - playing with passion, speed, tempo, bravery and imagination".

In other words, Moyes dulled them.

But even before a ball was kicked in the Giggs' era, a Dutch newspaper reported that Louis van Gaal had agreed to be the new Man U manager.

United denied it the way they denied the leak that Moyes was a goner.

Van Gaal, who will be 63 in August, has already said he wants to finish his career in the English Premier League once his World Cup commitment to the Netherlands is over.

His negotiations with Spurs were put on hold. The whisper was that King Louis was stalling in case something better than Tottenham turned up. His advisers heard that Arsene Wenger might leave Arsenal (who recently appointed one of van Gaal's former youth trainers to run their academy).

But if the Frenchman stays, as he says he will, then the ambitious van Gaal has friends in other places. One friend in particular: Robin van Persie, who plays for van Gaal in the Dutch national team and plays, sometimes when his body feels like it, for United.

If De Telegraaf sources are reliable, United representatives were in Portugal, at the Algarve villa of van Gaal, during the past week.

The man known as "The Iron Tulip" is said to have agreed a multi-year, multi-million deal, and to have been promised a 100 million euro (S$174 million) transfer kitty to reshape the Red Devils to his liking.

United's spin is similar to the way that the club handled the Moyes "rumours". We have nothing to tell you, we will make our announcements when we are ready.

The most public of clubs working in the most clandestine of manners. The club owned by an American family, the Glazers, who bought them on borrowed funds and floated part of the shareholding through the New York Stock Exchange.

Hence some of the secrecy. Liverpool's owners, hedge-fund managers in Boston, are more visible around Anfield than the Glazers are ever at Old Trafford.

Maybe John W. Henry and his syndicate - and significantly Mrs Henry who looks a genuine fan of the team - "get" the Reds more than the Glazers get the Red Devils.

Both trans-Atlantic groups bought into English football while still running National Football League franchises in the States. That word - franchises - spells out one difference between England and America.

Sport is big business on both sides of the Pond. The US can still show the Brits many things about how to market and maximise the earning potential around the excitement of games.

But no one can "own" the most powerful element of English clubs like Liverpool and Man U.

It is a cliché, but a true one, that the bond between a fan and his club is for life.

It isn't for sale. It isn't transferable. And all the spin-offs, the global marketing, the TV allure, the so-called branding, cannot dilute the unity between fans in the stadium and players on the pitch.

Alex Ferguson, like Matt Busby before him, got that.

Brendan Rodgers is getting it at Liverpool.

If van Gaal is indeed the new Chosen One at Old Trafford, things are in for a bumpy ride.

He has certain aspects that marked Sir Alex through 26 years in Manchester. The Dutchman is as fiery, as confrontational, and as committed to swashbuckling attacking play as Fergie was.

However, van Gaal's record is the opposite to Ferguson's in one vital aspect.

The Dutchman burns out his welcome in fierce and rapid cycles.

He succeeded in a marvellous way with Ajax. He promoted the youngsters - fantastic ones, including the de Boer twins, Clarence Seedorf, Marc Overmars, Patrick Kluivert to win the Champions League in the mid-1990s.

Ajax sold the stars, van Gaal moved on to Barcelona (where he taught a young Jose Mourinho how to coach and how to ride roughshod over the sensitivities of people who hired them or played for them).

Van Gaal's Barca won some, and lost some titles in two volatile spells in Catalonia.

He blamed the local media for his dismissal in 2002. "Friends of the press," he said as his parting shot, "I am leaving. Congratulations."

Moving back and forth, to Ajax as technical director, to AZ Alkmaar as Eredivisie title-winning manager, he was then hired, lauded and fired by Bayern Munich.

He was Dutch in a Bavarian stronghold, not the most compatible of partnerships. He took Arjen Robben to Bayern. He promoted, as he usually does, youth in the form of Thomas Mueller and a player he converted from winger to midfield hard man, Bastian Schweinsteiger.

Nobody would say that van Gaal does not know his football, or adhere to thrilling, seat-of-pants style. In that, he is more like Fergie than Moyes (or Giggs) is ever likely to be.

But if Sir Alex has approved the appointment of the Dutch hot head to be the second one in his seat, he must know that there is room for only one fiery presence in and around the club.

Moyes never got the chance to break down and rebuild his own United. Van Gaal would demand total control, and would not look fearfully or even respectfully up into the directors' box seeking approval for his decisions.

It would, in short, be a gamble and probably a two- or three-year make-or-break one at that.

Van Gaal has one thing over the other desired candidates. He is available. Guardiola, Juergen Klopp and Carlo Ancelotti have moved this past week to make it clear that they are tied.

United might be about to take what they can get. Volatility with a capital V.