LOS ANGELES (AFP) - LeBron James has signed a lifetime deal with US sporting goods giant Nike. Monday's confirmation was described as the largest single athlete deal in the company's history.

Nike confirmed the agreement - believed to be the first lifetime deal in the company's 44-year history - in a brief statement.

"We can confirm that we have agreed to a lifetime relationship with LeBron that provides significant value to our business, brand and shareholders," Nike said. "We have already built a strong LeBron business over the past 12 years, and we see the potential for this to continue to grow throughout his playing career and beyond." 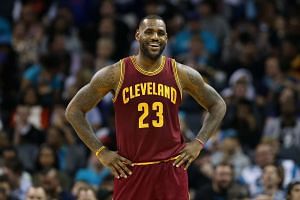 No figures for the deal were available but a source familiar with the terms told ESPN it easily eclipsed the US$300 million (S$421.8 million), 10-year deal Nike signed with Oklahoma City Thunder forward Kevin Durant.

Nike has a longstanding partnership with Michael Jordan but has never announced a lifetime deal before. Sales of Nike's Air Jordan brand have exceeded US$2.2 billion in sales since 1985.

Nike, which signed James to a lucrative seven-year, US$90 million deal in 2003, has made 13 versions of LeBron's signature shoe, with annual sales expected to pass US$400 million for 2015.

According to Forbes.com, James is the sixth-highest earning athlete in the world, raking in annual earnings of US$64.8 million according to a list issued in June. The Cleveland Cavaliers star's net worth is estimated at around US$300 million.