Over the past week, the region's finest para-athletes leapt, raced and dribbled to sporting glory in front of thousands of spectators who cheered and applauded their every effort.

A far more intimate setting marked the end of their journeys at the 8th Asean Para Games (APG) but last night's closing ceremony was no less significant.

With the dousing of the Games cauldron at the Marina Bay Sands event plaza, the biennial event was officially declared closed by Prime Minister Lee Hsien Loong. 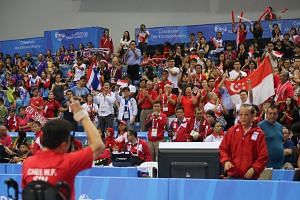 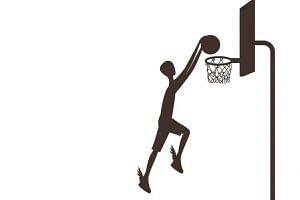 Para Games - where winning is not the only thing

Held inside the Sands Grand Ballroom of the Marina Bay Sands, the APG ended with a jubilant and musical movement by some 400 performers, as well as emotional reels that toasted the achievements of the Games' 1,200 athletes.

Just as the Singapore APG had been about inclusiveness, the closing ceremony, too, was a celebration of all abilities and involved even the athletes themselves in the night's festivities.

The Games, declared by Asean Para Sports Federation president Zainal Abu Zarin yesterday as the "best Games ever" in their 15-year history, was arguably an unqualified success in all respects.

Not just because it was lauded by visiting contingents for its silky operation, or because Team Singapore - first-time hosts - achieved a best-ever haul of 24 golds, 17 silvers and 22 bronzes at the event.

It also appeared to emphasise what organisers had set out to achieve - to include, to educate and to demonstrate the extraordinary ability of people with disabilities.

Minister of Culture, Community and Youth Grace Fu, who is also chairman of the Singapore APG organising committee, applauded athletes from all 10 competing countries for their display of both spirit and sporting excellence.

"It has been Singapore's honour to host this Games. It has truly been our privilege to be touched and inspired by the courage and determination of our athletes.

"I speak for many Singaporeans when I say that what we have experienced in the past week, the life lessons that we have learnt, we will remember and cherish for many years to come."

For veteran athletes and officials who have pined for the region's most prestigious para-sport event to be held at home, the past week was everything they had hoped for - and more.

It's been more than we could ever have asked for. I've never heard cheers for Team Singapore athletes like I have at this Games."

Para-swimmer Yip, for one thing, went from worrying about competing to empty stands to holding back tears of joy "every other day".

She said: "To me, it's been more than we could ever have asked for. I've never heard cheers for Team Singapore athletes like I have at this Games."

Singapore chef de mission Raja Singh, who is also vice-president of the Singapore Disability Sports Council, is hopeful that the momentum built by the APG will translate into more milestones for disability sport.

Challenging both experienced athletes and debutants to strive towards loftier goals, he said: "We cannot just be happy about what we've achieved here, (and must) raise the standards to the next level - that's a key part of our next mission."

As the confetti and curtain fell on the Games last night, it was away from the public eye and with deep reflection that many athletes and officials marked the end of the 8th APG.

Said Yip: "I don't know if I'll ever experience this again. This Games will forever be a part of me."