The lawsuit filed by Aljunied-Hougang Town Council (AHTC) against three Workers' Party MPs, among others, has raised questions over whether town councillors had breached the trust placed in them, and how they ought to be held to account. It has also drawn comparisons with other lapses. Insight reports.

Aljunied-Hougang Town Council (AHTC) has alleged that several of its most senior town councillors have breached their fiduciary duties - responsibilities entrusted to them - in a recent lawsuit that made the headlines last week.

The case's eye-popping sums and political implications have caught the public's attention, but experts say the case should be of public concern also because there are legal implications for other town councils and town councillors, depending on how the case pans out in court.

One key issue is the claim that town councillors owe a fiduciary duty to the town councils they serve.

It is asking both MPs to account for more than $33 million spent between July 2011 and July 2015, and for repayment of any monies wrongfully paid out.

Experts say this is significant because a fiduciary duty is one of the highest standards of care - it imputes stringent legal obligations on the fiduciary.

Explaining the concept, Nanyang Technological University accounting associate professor El'fred Boo says a fiduciary duty often arises when a person is entrusted with the authority or decision-making power to act on behalf of another party for the latter's benefit. "In return for the wide discretionary power entrusted, a fiduciary is expected to discharge his or her duty in the best interest of the principals," says Prof Boo.

In the statement of claim filed by AHTC, it listed the core fiduciary duties of town councillors as a duty of loyalty and fidelity, a duty to act honestly and in good faith in the best interests of AHTC, and a duty to avoid placing oneself in a position of conflict, among others.

FIRST TIME IN THIS CONTEXT

Prof Boo and others say this is the first time the concept has been raised in the context of town councillors and town councils.

For this reason, Associate Professor Lan Luh Luh of the EW Barker Centre for Law & Business at the National University of Singapore (NUS) calls the latest lawsuit a "landmark case".

In return for the wide discretionary power entrusted, a fiduciary is expected to discharge his or her duty in the best interest of the principals.''

NTU ASSOCIATE PROFESSOR EL'FRED BOO, on the fiduciary duty that arises when a person is entrusted with the authority to act on behalf of another party for the latter's benefit.

But Prof Lan says the threshold to meet the requirement for such a duty was not high, given that "town councillors are taking care of the assets of residents entrusted to them".

Whether the Workers' Party MPs will be found to have breached their fiduciary duties is another matter altogether.

The resulting public uproar had caused politicians to assure Singaporeans that funds managed by town councils were still in good shape, and town councils to review their investment strategies.

While it could be argued that those investments were made in good faith and in the interests of the town councils, Associate Professor Mak says: "I don't think anyone thought of suing town council members for possible mismanagement then."

He adds that the current lawsuit may then establish a "precedent and clarity about whether elected MPs who run town councils are fiduciaries and subject to fiduciary duties".

If they are, there would be implications for town councillors and town councils at large. 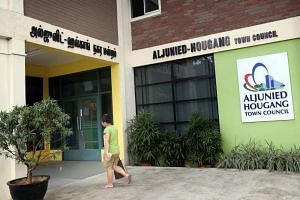 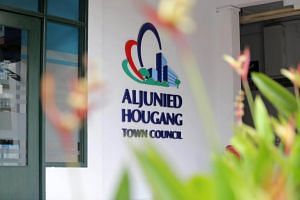 Says Prof Boo: "The highest standard of care, diligence and good faith would be imposed on town councillors.

"In practical terms, it would mean that town councillors have a responsibility to institute proper governance and robust systems in town councils to monitor and ensure that public funds are put to use prudently for the purposes they are intended for, and are fully accounted for."

Singapore Management University law don Eugene Tan says this would be "very significant", adding that beyond just acting with care and skill, town councillors would also have to act "in a way that is beyond reproach" and be "very careful of conflict-of-interest situations".

But while this could improve governance and accountability in town councils, it would also complicate the relationship between town councillors - who besides elected MPs are comprised mostly of appointed volunteers - and town councils, says NUS real estate don Yu Shi-Ming.

At the moment, each town council chairman can appoint between six and 30 councillors, or up to 10 councillors per MP in a group representation constituency, whichever option is greater. Two-thirds of the appointed members must be residents, to ensure resident participation.

"I don't think as a lay person, an appointed councillor will know that he or she is getting involved in such a serious position of responsibility," says Prof Yu, who is also a councillor in a PAP-run town council.

Agreeing, Prof Tan says this could mean "sticking statutory duties and legal obligations" on town councillors who might not be equipped for them.

This could have a chilling effect on the number of volunteers who step forward to serve, he adds.

"In this case, if people stop stepping forward, then the whole basis of town councils becomes severely marginalised," he says.