SINGAPORE - In the latest in a series of apparent cat abuse cases in Yishun, two of the animals were found dead in the estate on Monday (July 25) morning.

"As part of the investigation, we are conducting a post mortem of the carcasses," AVA said.

In a Facebook post by the Yishun 326 Tabby cat page, one of the cats is pictured lying flat at Block 115C, Yishun Ring Road, while another was found behind the pump room at Block 170. 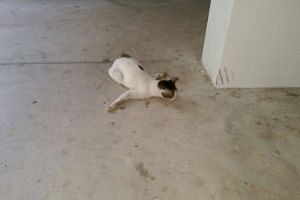 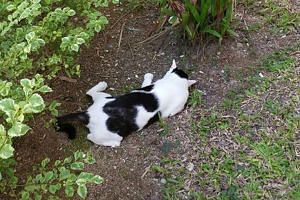 AVA asked the public not to speculate in the meantime, as not all animal deaths are due to animal cruelty.

AVA said that of the 47 cases of cats reported dead or injured in Yishun since September last year, only three were confirmed to be cases of animal cruelty.

Fourteen cases were due to other causes, such as road traffic accidents, sickness and "accidental falls from height".

Five cases are under investigation and 25 cases remain open due to insufficient leads.

AVA said it will "continue to explore all available leads".

The agency also supports the rehoming of stray cats, which are constantly exposed to the elements.

"They... face various risks such as starvation, disease and parasitic infestations, animal cruelty and the risk of getting knocked down by vehicles," said AVA.

"Stray cats may not be able to fend for themselves in the environment and the risks they face could be fatal."

All information shared with AVA will be confidential, it said.

Last month, a 41-year-old unemployed man was sentenced to 18 months' probation for throwing a cat over the 13th-floor parapet at his block in Yishun Ring Road.

The Yishun 326 Tabby cat page had also highlighted a case on Friday of a cat being found dead at Block 504C.

It also posted an alert that stray dogs in the area had killed three cats last week.