Consult practitioner on whether it is good for your condition, says MOH after woman's death

The Ministry of Health (MOH) yesterday advised those who wanted to undergo a tuina massage to consult the practitioner on its suitability for their condition before seeking treatment. It also said such massages should be done only by a registered traditional Chinese medicine (TCM) practitioner.

On Sunday, a 26-year-old woman suffered seizures halfway through a two-hour tuina session, went into a coma and died the same day.

Ms Serene Lim Xinhui, an only child and a former scholarship holder of enterprise development agency Spring Singapore who was due to start a bank job on Monday, was cremated yesterday. The funeral was attended by around 60 friends and relatives.The cause of her death, which is being investigated by the authorities, remains a mystery. 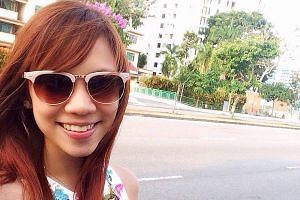 The practitioner who massaged her at Qing Kang Integrated Chinese Medicine Clinic, the clinic at Midpoint Orchard mall she had gone to, is registered with the TCM Practitioners Board and graduated from the Singapore College of TCM.

While practitioners and doctors highlighted the need for people to declare their medical history before undergoing a professional massage, they also told The Straits Times that they have never heard of anyone dying due to one.

Manipulating (massaging) vital regions such as the neck can be potentially dangerous as it has the main blood vessels and nerves running through it.

Dr Kwek Mei Lin, member of the TCM Practitioners Board and a TCM physician with 25 years' experience, said: "I was very surprised. It's the first time in Singapore that I've heard of such a case."

Dr Li Hai Xin, TCM orthopaedic consultant in Ma Kuang Healthcare Group, said that in his 30 years of experience, he had never heard of a death during tuina though injuries can result if a practitioner has not been trained well.

According to a spokesman for the TCM Practitioners Board, there are 3,057 certified TCM practitioners in Singapore and all have received training in tuina.

Mr Benjamin Ng, chief executive of Sian Chay Medical Institute, stressed the importance of people declaring their medical history to their therapist. Ms Ji Furong, director of the Qing Kang clinic, said Ms Lim was asked if she was not feeling well before the massage and she replied that she had a cold for about two days. Lianhe Wanbao quoted a friend of Ms Lim as saying she had poor appetite, and was warded over a year ago for malnutrition.

Dr Ong Chwee Ting, senior physician at Econ Chinese Medicine, said tuina was getting more popular among young professionals with shoulder and neck aches. They prefer tuina as it is less invasive than treatments such as acupuncture.

Dr Yik Keng Yeong, partner at Tan & Yik Clinic and Surgery did express some concerns. The 60-year-old doctor with 35 years of experience said: "Manipulating (massaging) vital regions such as the neck can be potentially dangerous as it has the main blood vessels and nerves running through it."