SINGAPORE - Another taxi-booking app has bitten the dust in Singapore.

After two years in the market, the London-based Hailo stopped operations here on Tuesday (Nov 15), The Straits Times has learnt.

The app was introduced in Singapore in October 2014, under a joint partnership between Hailo and SMRT Roads, pitting itself against rivals such as Uber and Grab, which made their debut earlier.

In a joint statement shared with The Straits Times, SMRT and Hailo confirmed that taxi bookings via the app ceased on Tuesday.

The firms said that Hailo had recently completed a merger with another taxi app, My Taxi, and the new joint venture will focus on expanding its presence in Europe. 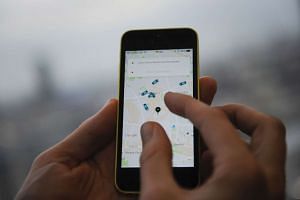 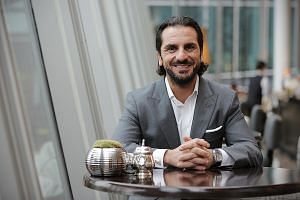 My Taxi is owned by auto giant Daimler, which purchased a 60 per cent share in Hailo, it was announced in July. My Taxi itself was acquired by Daimler two years ago.

In Singapore, Hailo faced stiff competition from apps such as Grab, Uber and the now-defunct Easy Taxi, when it entered the market two years ago.

But the company said then that it was confident of marking its mark. Besides offering cashless payments, the company also touted its app's "allocation algorithm".

Through it, the Hailo app determines which driver is the nearest to the passenger and assigns him the job. In contrast, other apps used a bidding system in which the first driver to accept a passenger's booking request gets the job.

The exit of Hailo from Singapore follows the winding up of another player, Karhoo, last week. The start-up, which had a presence in London, New York, Singapore and Tel Aviv, shut down its operations worldwide, after it ran into financial difficulties.

In Singapore, there are three taxi apps left in the market - Grab, Uber and MoobiTaxi.