SINGAPORE - Singapore Airlines (SIA) has restarted ferrying some passengers from Britain through Changi Airport in a tweaked format, after it received a limited exemption for a ban on short-term travellers from there.

Unlike the usual arrangement where transit passengers would alight at Changi before boarding another plane for flights to the two exempted destination countries - Australia and New Zealand - SIA has adjusted its offering to have a "same-plane through service".

This means that its planes from Heathrow Airport would stop for about 90 minutes in Singapore, where returning Singaporeans and permanent residents would disembark, before flying on to Sydney in Australia or Auckland in New Zealand, SIA told The Straits Times.

All long-term pass holders and short-term visitors with travel history to Britain within the last 14 days have been banned from entering or transiting through Singapore from 11.59pm on Dec 23, following the emergence of a new Covid-19 strain there.

But SIA said late last week that it had received approval to fly passengers from Britain to Sydney or Auckland via Singapore, with several precautions in place.

This includes passengers taking a polymerase chain reaction test within 72 hours prior to their flight to prove that they are not infected, and a pre-departure health assessment to ensure they do not have a fever and are fit to fly.

Sydney or Auckland-bound passengers will remain in the aircraft while it is in transit in Singapore, during which cleaners in full personal protective equipment (PPE) will clean the toilets and other parts of the aircraft cabin. They will avoid the section where transiting passengers are seated.

Other precautions that were earlier announced, such as a modified meal service, mandatory wearing of masks and crew wearing PPE, remain in place.

In the case a passenger or a crew member is unwell, the person would be moved to a dedicated quarantine area within the plane. A cabin crew member in full personal protective gear will tend to the person, and medical authorities will follow up immediately after the plane lands.

SIA also reiterated that its planes are equipped with high-efficiency particulate air filters. These filters remove 99.9 per cent of known viruses and refresh cabin air every two to three minutes.

When asked about the number of passengers that have flown on the same-plane through service so far, SIA said it does not comment on commercially sensitive matters.

Singapore's initial ban on transit passengers from Britain had sparked concerns that it would leave Australians who were looking to return home from Europe stranded. Hong Kong, another major transit hub for the Britain-Australia route, had banned flights from Britain.

Independent aviation analyst Brendan Sobie from Sobie Aviation said the same-plane through services are not unusual.

Use of tracking device overseas among precautions to protect crew: Singapore Airlines

"This is a way around to maintain some transit business without technically being considered transit," he said. 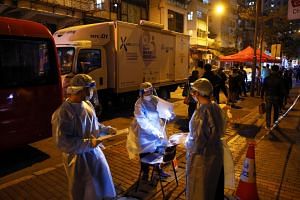 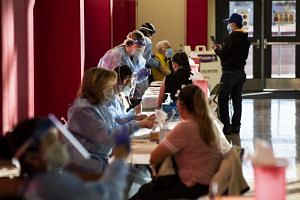 Foreigners without face masks punished with push-ups in Bali 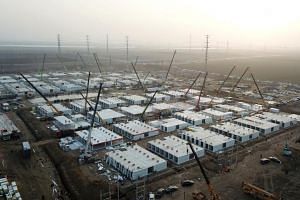 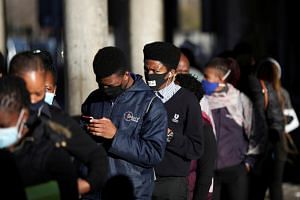 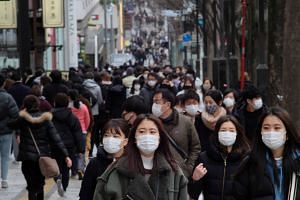 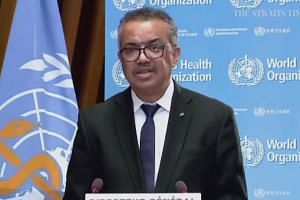