In 2013, the Land Transport Authority imposed a rule that required cabbies to clock at least 250km on the roads a day, to boost the supply of taxis.

Three years later, it has decided that this requirement will be scrapped from next year.

The rule's short-lived existence reflects the swift transformation the taxi sector has undergone this year due to technological disruptions on two fronts - the popularity of cab-booking apps and private-hire car services Uber and Grab.

Mobile apps which help passengers locate the taxis nearest to them have helped to better match demand and supply, dispensing with the need to make taxis cruise around so that customers can flag them down on the streets.

The growth in the population of private-hire cars, operating under the Uber and Grab apps, has also created alternative taxi services for commuters. A Straits Times report in September put their combined fleet at around 25,000. 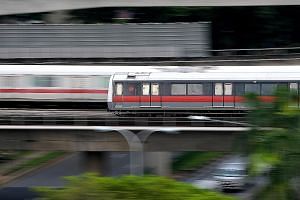 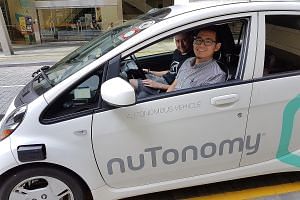 They add to the more than 27,500 taxis here managed by six taxi companies.

The industry disruptors, which are currently unregulated, are giving the incumbents a run for their money. They have prompted calls by cabbies and the national taxi union for a more level playing field.

Observers see the removal of the daily minimum mileage for taxi drivers as the first step towards relaxing regulations on the taxi industry, which would allow them to compete on a more equal footing.

The impact of ride-hailing apps Uber and Grab also extended beyond the disruption of the taxi business. Their growth has caused the rental car population to soar to 49,785 as of last month - a whopping 44 per cent increase from the 27,988 cars in the same period last year. Rental firms are boosting their fleets to meet the demand from a growing pool of Uber and Grab drivers.

Some of these drivers seek to be full-time chauffeurs, but others rent the cars to drive for Uber and Grab part-time while enjoying the perks of having their own set of wheels.

The likes of Uber-run Lion City Rentals have driven up the demand for certificates of entitlement (COEs), keeping premiums for cars high. Though car buyers had hoped for COE premiums to be slashed due to a bumper crop of COEs this year, the rental firms have moderated the drop.

Besides providing alternatives for commuters, Uber and Grab have also changed commuting behaviour.

This year, both apps launched options allowing passengers to share their rides with strangers heading in the same direction, in exchange for a discounted fare.

Carpooling has become a hit, with Uber reporting that one in three of its trips is a pooled ride.

But for all their success and hype, some aspiring disruptors also exited the market this year.

In November, cab-booking app Hailo ceased operations, and ride-booking aggregator Karhoo wound up its business even before it got off the ground here.