SINGAPORE - The Land Transport Authority (LTA) is seeking the public's nod for the names of three new upcoming stations on the Circle Line 6 (CCL6).

After receiving almost 2,000 suggestions for the station naming exercise conducted between May 15 and June 18 this year, LTA whittled down the options to three per station.

The names that made the shortlist were approved by the Street and Building Names Board based on whether the name readily identifies the location so that all commuters can easily remember the names and identify the station area and whether it illustrates the history and heritage of the station surroundings if relevant.

The Board also took into account if names reflect the multiracial, multicultural character of Singapore where possible. 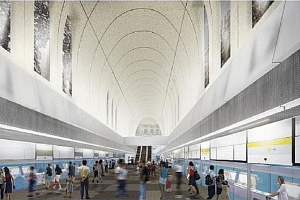 Stations should not be named after public structures, or commercial and residential developments.

Commuters can vote for their preferred station names at http://www.lta.gov.sg from Friday.

Voting closes on Dec 10 this year, and results of the poll will be collated and announced later.

The 4km-long CCL6 will have three stations - at Keppel, Cantonment and Prince Edward - and close the loop for the CCL by connecting HarbourFront Station to Marina Bay Station.

The completion of the CCL6 stations in 2025 will bring the total number of stations on the CCL to 33, including 12 interchange stations that link commuters to other MRT lines.