While acknowledging that Singapore's MRT still trails behind Hong Kong's in terms of reliability, Mr Khaw said improvements have been made.

He then raised the target for "mean kilometre before failure" to 200,000km. The goal is to catch up with Hong Kong Mass Transit Railway's performance of 300,000 train-km before a delay, Mr Khaw said. 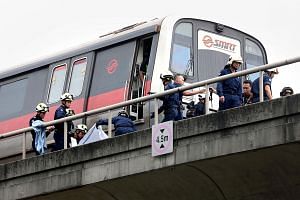 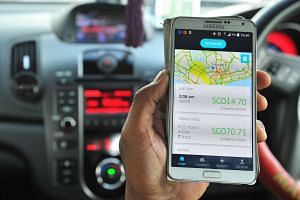 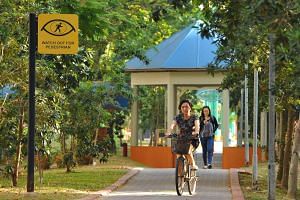 During the Parliamentary debate on the Transport Ministry's budget, Mr Khaw spelt out several strategies to improve reliability - such as stepping up preventive maintenance.

More "condition monitoring" sensors will be deployed on MRT trains and tracks this year, he said.

Some of these devices - used to monitor train wheels and the power-supplying third rail - are already installed, but more will be added. 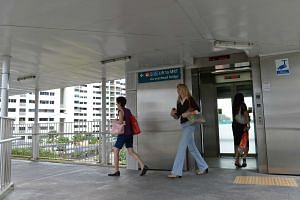 "We are moving towards preventive maintenance - that is, we monitor the condition of the assets and do the necessary maintenance before any issues arise," he said.

This year, sensors will be fitted on the North-East Line (NEL) to monitor the line's overhead catenary power system, while on the North-South and East-West Line (NSEWL), conditioning monitoring tools will be used to collect information on train systems.

"These are all very costly investments, but necessary," he said.

He said about a billion dollars is being invested in hardware replacement and upgrading. Within the next two years, the sleepers and third rail on the NSEWL will be replaced, and the signalling system upgraded, which will allow trains to run at shorter intervals.

The skills of rail engineers and maintenance crew are also being beefed up, Mr Khaw said.

"We need a quantum leap in the numbers and in the capabilities of our rail industry, both to up our existing maintenance standards, and to cope with a rapidly expanding network," he added.

Central to this is the setting up of a Singapore Rail Academy, which will work with operators in areas of training and the accreditation of courses.

The academy will also conduct research and development into the design of new MRT systems which are easier to build, maintain and operate.

To give engineers more time to perform maintenance and upgrading, Mr Khaw also called for commuters to allow operators to open some of the MRT lines a bit later in the morning, or to close them earlier at night, without elaborating further.