SINGAPORE - The National Taxi Association (NTA) has submitted a list of recommendations with regard to the Government's ongoing review of private-car hire services the likes of Uber and GrabCar. 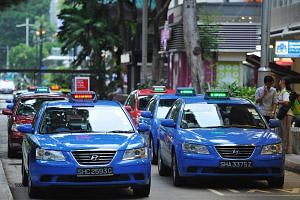 Third-party ride-booking apps: How they are driving change in the taxi trade

In a four-page letter given to Senior Minister of State for Transport Ng Chee Meng on Monday (Nov 16), the NTA called for the review to look into three aspects: the safety and security of passengers, fair competition between transport providers, and greater efficiency in meeting taxi demand.

The letter was signed off by the NTA's executive adviser Ang Hin Kee, and its recommendations were compiled from dialogues with over 300 cabbies.

On Oct 2, Transport Minister Khaw Boon Wan said the Government will be reviewing private-car hire apps, after receiving feedback from taxi drivers that these services were not competing on a level field. He appointed Mr Ng to look into the matter.

In a post on Facebook, Mr Ng said he had met NTA leaders last month and he also spoke to more taxi drivers on Monday. 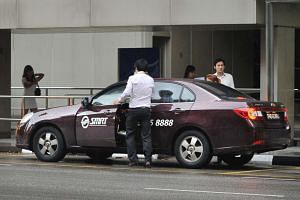 Mr Ng said he will meet other stakeholders, such as commuters and private hire drivers in the coming months. "This will help me better understand different perspectives and we can then make more holistic decisions that benefit commuters while taking care of drivers' well-being," he added.

Among the issues raised, the NTA called for all drivers - whether of taxis or private-hire cars - to be similarly certified and qualified. The NTA pointed out that cabbies have to take a 60-hour vocational licensing course and also undergo regular medical checks.

The association also called for private hire vehicles to be identifiable, similar to taxis, and for their drivers to also have a photo identification that will ensure commuters' safety and security.

While commuters involved in a dispute with cabbies can approach the Land Transport Authority (LTA) or taxi operators for recourse, the NTA said it is "currently unclear" who commuters can make claims from - the app providers, the drivers or the car leasing firms.

Another issue the NTA raised was the need for fair competition.

It said that taxi operators are subject to a "plethora of compliance costs", which translate to higher rental costs for taxi drivers and charges for consumers. Taxis, for example, have a shelf life of eight years and have to go for inspections every six months, and meet emissions standards.

In this aspect, it called for the Ministry of Transport to review the standards imposed and the cost structure for taxis, with a view of levelling the competition. 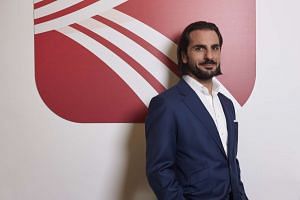 The association also pointed out that taxi operators had to adhere to a fixed schedule of charges as set out by the LTA, but private-car hire services were not bound by this.

NTA also called for the review of the taxi availability framework - a set of standards mandating that cab operators have the bulk of their fleets on the road during the peak hours and for their taxis to fulfil a daily minimum mileage.

Calling the requirements "prescriptive, distorting and costly", NTA said that today, consumers can provide feedback through user reviews and have more access to cabs through third-party booking apps.