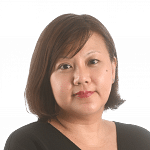 A train fault occurred on the North-South Line on Monday morning.

At about 8.54am, an announcement was made asking all passengers to alight at Ang Mo Kio. Bus services have been activated between Woodlands and Bishan.

Civil servant Joanne Ko, 25, took the train at Yishun and got off at Yio Chu Kang to switch to a taxi. She was heading to her office in Raffles Place. "I was stuck on the train for nearly 30 minutes."

IT technician Justin Budhi, 30, also got off the train at Yio Chu Kang station, which is one stop away from his office in Ang Mo Kio.

He said: "I was stuck on the train for like 45 minutes. There was an announcement to inform passengers there would be a delay but we were not told to get off the train."