About 9.2 million tourists visited Singapore between January and June this year, a 7.6 per cent increase over the same period last year.

The increase was highest for the month of June, when the Republic hosted the meeting between United States President Donald Trump and North Korean leader Kim Jong Un. That month, 1.54 million visitors arrived in Singapore, up 11.32 per cent from the same period last year, according to figures from the Singapore Tourism Board (STB).

Senior Minister of State for Trade and Industry Chee Hong Tat said in a speech at the Singapore Hotel Association's 57th anniversary dinner yesterday that the growth in visitors for the first half of the year was a "promising start".

The summit is likely to have played a part in the tourism boost, bringing in thousands of foreign media and putting the spotlight on Singapore as a destination, said Mr Kevin Wee, a senior lecturer at Nanyang Polytechnic's hospitality and tourism management programme.

But the bigger factors for the "healthy increase" were the well-performing economies in source markets such as India and long-term marketing efforts by the STB, said Mr Wee.

Having Singapore as the backdrop to Hollywood film Crazy Rich Asians, which broke box-office records after opening last month, was also a good branding opportunity, he said.

"I'm not sure if it will translate to significant numbers from Western markets, but at least (the movie) makes Singapore look more exciting, after the Time Out survey (in January) called us boring," he said.

The second half of the year poses some uncertainty, however, because of factors such as the ongoing trade war between the United States and China, said Mr Wee.

Speaking at the event at the Mandarin Orchard hotel, Mr Chee said the hotel industry, which comprises some 420 establishments and 33,000 workers, is well placed to benefit from a strong tourism sector. 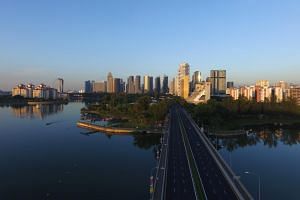 Singapore is 2nd most visited city in Asia-Pacific, 5th in the world: Mastercard

But staying competitive requires innovating to develop new solutions, and the Government welcomes feedback from businesses to review rules and regulations to support new ideas and reduce business costs, he said.

A version of this article appeared in the print edition of The Straits Times on September 28, 2018, with the headline 'Tourist arrivals up 7.6% for first half of the year'. Subscribe
Topics:
More
Whatsapp Linkedin FB Messenger Telegram Reddit WeChat Pinterest Print Purchase Article Copy permalink