Parliament yesterday approved changes to the law that will impose tighter requirements on public entertainment outlets and raise penalties for errant operators.

But Parliamentary Secretary for Home Affairs Amrin Amin said a "lighter touch" approach will be taken for the majority of licensees who are law-abiding, allowing them licences for longer periods.

Currently, about four in five public entertainment spots have "good track records of complying with licence conditions", he said.

Speaking in the debate on the Public Entertainments and Meetings (Amendment) Bill, Mr Amrin said there were more than 600 instances of operators breaching public entertainment licences last year, although about 90 per cent of them had to do with minor issues.

Some 540 entertainment establishments, out of a total of 2,700, accounted for the breaches, he said. These may include nightclubs, billiard saloons and gaming centres.

Major breaches included issues such as overcrowding, which pose a public safety risk, while the minor ones included failing to maintain a proper record of all employees.

A total of 11 MPs spoke in support of the Bill, which changes the title of the Act to the Public Entertainments Act. This reflects earlier changes which saw the regulation of meetings, such as rallies, talks and forums, coming under the Public Order Act enacted in 2009. 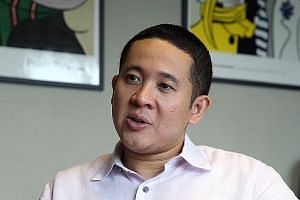 Mr Amrin said the amendments will strengthen the regulatory framework for public and arts entertainment, and keep the law relevant as the public entertainment industry evolves.

Among the changes is one that will see more people being assessed in deciding whether a public entertainment licence should be granted.

The police will assess not just the applicant, but also related people who have a substantial interest in, or have control or direction over, the business.

This ensures that no one is working "behind the scenes to operate the (public entertainment) establishment", said Mr Amrin.

To deter people from providing public entertainment without a licence, the maximum fine for those doing so will be doubled from $10,000 to $20,000.

The authorities can immediately suspend licences if the licensees or people related to the establishments are charged in court for "serious crimes arising out of, or in connection with, any activity" in the establishment. These include drug offences and human trafficking.

The changes will also give licensing officers and police officers the power to enter the premises "using necessary force".

In addition, "suitably trained individuals", who may include auxiliary police or retired police officers, can be appointed as "authorised persons" allowed to conduct inspections of establishments and events.

And there will be a new provision to take into account the Urban Redevelopment Authority's plans for land use - such as to maintain the character of historic districts - before approval is given for entertainment outlets to set up shop.

Mr Amrin said the public entertainment industry had been consulted on the changes, with close to 180 establishments giving feedback and backing the changes.

Senior Minister of State for Communications and Information Janil Puthucheary said the amendments will not result in any change to the existing arts entertainment content standards or to the Infocomm Media Development Authority's (IMDA) classification and licensing processes.

For instance, the IMDA may refuse to classify arts entertainment held at public entertainment establishments or events which exceed the maximum R18 rating.

Such entertainment, if not classified, cannot be staged. This is already done for arts entertainment held at other venues.

A version of this article appeared in the print edition of The Straits Times on May 09, 2017, with the headline 'Tighter controls on outlets for public entertainment'. Subscribe
Topics:
More
Whatsapp Linkedin FB Messenger Telegram Reddit WeChat Pinterest Print Purchase Article Copy permalink