SINGAPORE - A Dutchman was hauled to court on Wednesday (Sept 6) for his alleged connection to a cheating case involving $1.5 million.

Predrag Nicolic, 45, was charged with cheating.

His alleged accomplice, Dalida Nikolic, 36, from France, is in hospital. She is expected to be charged later on Wednesday. It is unknown why she is in hospital.

The duo were arrested at the Grand Copthorne Waterfront hotel in Havelock Road on Tuesday. More than $730,000 was recovered from them.

On Monday, two European men where charged in court over their alleged involvement in the same case. 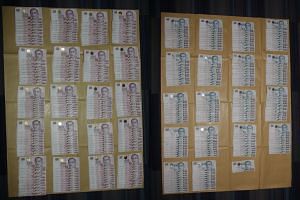 They allegedly duped the firm into believing that they were collecting a commission sum of $1.5 million to buy a vessel.

As a result, they allegedly induced the founder and managing director of the company, Mr Daniel Chui Mun Yew, to authorise the release of the cash. The men also made a deposit using counterfeit money.

The Oceanic Group offers products and services related to the cruise and leisure industry.

Kiss and Weidmann are remanded at the Central Police Division, and will be back in court next Monday.

Nicolic is also remanded at the Central Police Division. He will be back in court next Monday as well.

Offenders convicted of cheating can be jailed for up to 10 years and fined.