SINGAPORE - More than one in four women in Singapore are putting on too much weight during their pregnancies, a study has shown.

In the neonatal and obstetric risk assessment conducted between 2010 and 2014 by the Integrated Platform for Research in Advancing Metabolic Health Outcomes of Women and Children, 26.2 per cent of 704 women in Singapore had gestational weight gain above recommended guidelines during pregnancy.

This differs for pregnant mothers of different body mass indexes.

"Many people feel that when a woman is pregnant, she should eat for two. But in actual fact, the additional calories that she needs to take per day is only about 300, which is 10 to 15 per cent of her baseline calorie requirement," said Dr Chua Mei Chien, senior consultant and head of the neonatology department at KK Women's and Children's Hospital on Friday (Jan 11).

Gaining excessive weight during pregnancy has been linked to a higher risk of macrosomic babies, those who are significantly larger than average. For Asian babies, this is above 4kg.

Macrosomic babies in turn are more likely to become obese by the time they reach kindergarten, according to a US study in 2017 by researchers from the University of Virginia School of Medicine.

High gestational weight gain, maternal obesity and excessive milk-feeding were a few issues highlighted at the introduction of a set of new guidelines for optimal perinatal - the first 1,000 days of life from conception to age two - nutrition at KK Women's and Children's Hospital. 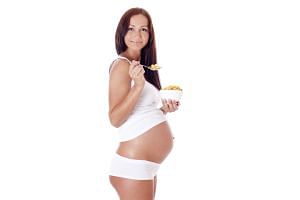 The whole grain of truth for mothers-to-be

The guidelines build on those for gestational diabetes launched last year and were developed with reference to local research findings, as well as recommendations from key international publications.

Increasing evidence from international and local studies has pointed to the need to optimise perinatal nutrition, said guest of honour and Senior Minister of State for Health Amy Khor. She added: "New evidence also shows that adverse BMI trajectories in childhood can only be successfully modified through interventions made before six years of age."

Professor Tan Kok Hian, president of Perinatal Society of Singapore, noted: "Childhood obesity is likely to persist and progress into adulthood, and they as individuals are at higher risk of getting chronic diseases like diabetes and hypertension."

Other than optimal weight gain during pregnancy, Dr Chua also highlighted exclusive breastfeeding and appropriate weaning in the post-natal period in the new guidelines.

She said: "Exclusive breastfeeding offers moderate protection against excessive weight gain in infancy and later obesity with the risk reducing by 4 per cent for each month of breastfeeding up to nine months."

Dr Khor also noted that by 2020, all nine maternity hospitals here will be certified under the Baby-Friendly Hospital Initiative (BFHI).

Awarded by the World Health Organisation and United Nations Children's Fund, the BFHI certification encourages breastfeeding by facilitating skin-to-skin contact between mother and baby for at least an hour immediately after delivery, for example.